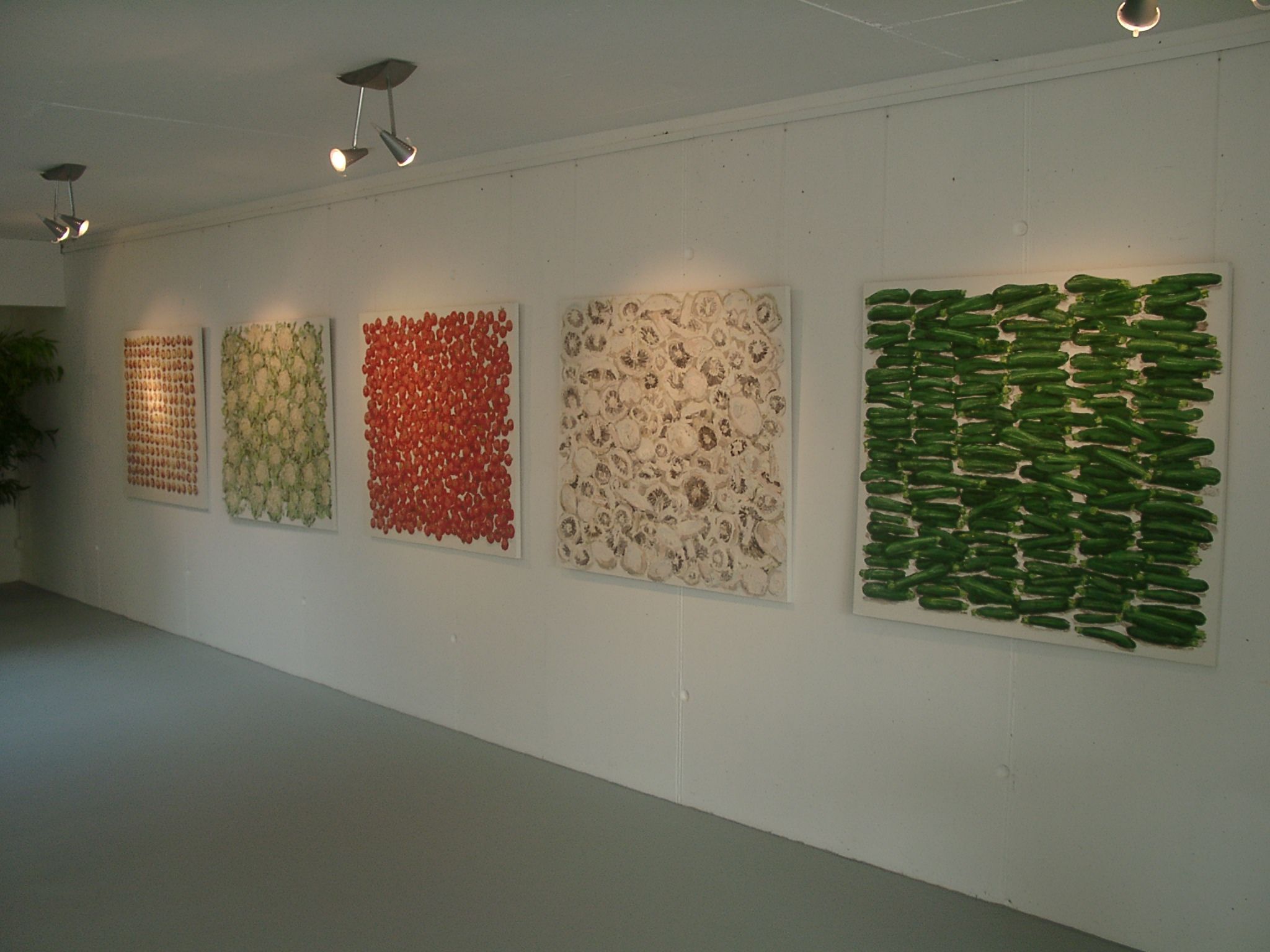 Trevor Burgess is currently living and working in London. He initially studied literature, was going on to train and work as Assistant Curator at the Norwich Gallery. He also worked with the National Artists Association to launch a Code of Practice for the Visual Arts.

After spending some years in Barcelona, studying on the Winchester School of Art MA European Fine Art, Tevor returned back to London.  This was the time he felt the need for a more concrete subject and specificity for his work. I turned to the immediate urban environment, and began to become interested in recording whats going on in everydays life. To translate the colors and the light into tree-dimentional paintings.

To make his art even more alife, he started to create entire series of paintings, which make the effect very powerful. One of the most famous series was "fruits and vegetables".

I have also built up a series of paintings of homes in London called "A Place to Live". There are now over sixty paintings in the series, inspired by images in newspaper property adverts. Six of these paintings were selected by Time Out art critic Ossian Ward for The Discerning Eye 2011 in which I was awarded the London and South East Regional Prize. The artist Eileen Hogan invited me to show a further four works from the series in the 2013 Discerning Eye.

Later this year I am curating a show at The Lion and Lamb gallery in London called Painting the City, including work by myself, Mark Crofton Bell, Stephen Carter, Aida Rubio Gonzalez, Marguerite Horner, Matthew Krishanu, Lee Maelzer, Jock McFadyen and Tanmoy Samanta.

Following several trips to South America, I am currently starting some new paintings responding to my experiences of the light and environment during my time there.

Most of the work relates to my daily visual experience. Living in a city I am affected by the urban environment around me. I am interested in a painting that explores relationships, people, contemporary urban spaces.

Painting is a slow process. I find my visual experience sinks in slowly before I am ready to make a series of paintings. Often I think of the pictures in groups in which individual images relate to and re-inforce each other.

My work developed over a period of time when I was exploring the use of a less literally descriptive, painterly, figurative language. A series of paintings on the theme of the family, culminated in some large works done on the MA Fine Art course in Barcelona in 1997/8. After this I moved to London, and felt the need for a more concrete subject and specificity for my work. I turned to the immediate urban environment, and began using my own photographs as source material.

I do not attempt to replicate the conventions of photography. Increasingly I am interested in how paint translates light, and photography is a record of light.

In all representational art there is a gap between what is depicted and how it’s depicted. The peculiar pleasures of painting, for me, are all about this gap. 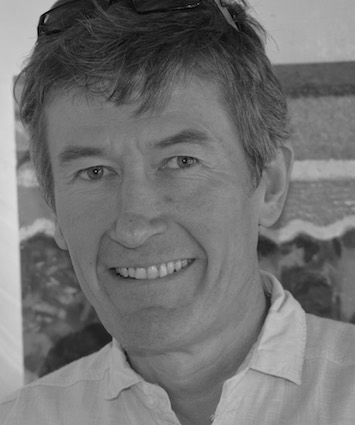