Initially Adolphe Braun was a draughtsman and designer of fabric patterns in a calico printing works in Mulhouse (Alsace). In 1847 he switched to photography and in 1850 he opened his own studio in Dornach (incorporated into Mulhouse in 1913) and from 1868 also in Paris.

At the World Exhibition in Paris in 1855 he presented a series of flower still lifes which attracted attention and made his name known in the art world. Today this is regarded as his breakthrough in photography.

From the early 1860s, Braun's main interest was initially the production of topographical views of Europe. Later he also turned to the reproduction of works of art such as paintings, drawings, lithographs, etchings and sculptures. Supported by King Ludwig II of Bavaria, he produced over 30,000 photographs of famous paintings, with which Adolphe Braun achieved worldwide fame. In order to produce the required high numbers of copies, he primarily used the carbon print process.

In 1869 Adolphe Braun was invited to photograph the opening of the Suez Canal in Egypt. On this occasion he also produced many of the then very popular views of a clichéd idea of ancient Egypt with palm forests, camels, pyramids or the Sphinx of Giza. Other focal points of his extensive oeuvre are landscape photography with large-format panoramic views, often including the Alps, hunting still lifes, portraits of animals or the depictions of young women in various French costumes.

Braun received awards and medals at photographic exhibitions. He also had an agricultural business with eighty cows and ten horses.

During the Franco-Prussian War (1870-1871) Adolphe Braun photographed numerous destructions, especially in Paris and Belfort or at bridges. Not only did he use them to document war damage, pictures of ruins were also commercially viable. Later, Adolphe Braun documented the construction of the Gotthard Railway and the Gotthard Tunnel, both of which were not completed and put into operation until five years after his death.

In 1885, Adolphe Braun together with his company "Ad. Braun et Co." was declared the official photographer of the Louvre.

After his death, his work was continued by his son Gaston Braun. The company name changed in 1889 to "Braun, Clément et Cie" and in 1910 to "Braun et Cie". 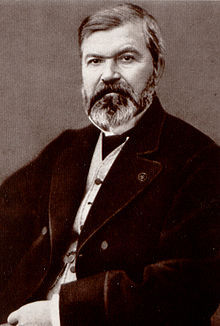