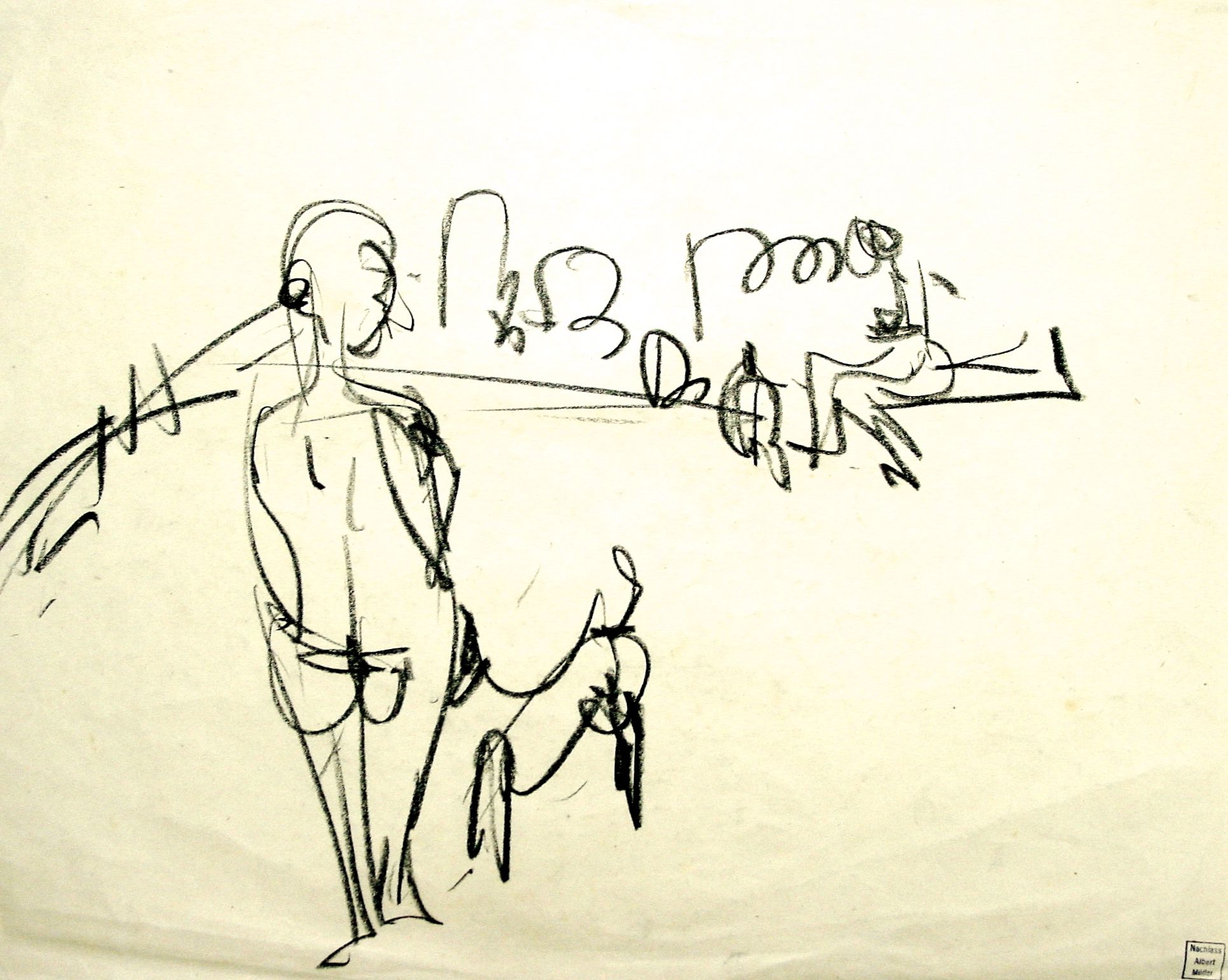 Robert Müller was a Swiss sculptor. He is one of the most important sculptors of the 20th century and co-founder of the technique of modern iron sculpture.

Robert Müller attended the commercial school in Zurich. After finishing his school education he received his artistic training in the studio of the sculptor Germaine Richier in Zurich. From 1947 he spent two years in Genoa and in 1949 he moved with his family first to Paris and later to Villiers-le-Bel, where he lived and worked until his death.

By the mid-1950s Robert Müller was already enjoying the highest international recognition and reputation. He had a reputation as a Zurich artist of international stature. Robert Müller went down in art history as "Eisen-Müller" because he is considered one of the creators of modern iron sculpture, together with the Swiss sculptors Bernhard Luginbühl and Jean Tinguely.

On the other hand, his monumental sculpture "Fanfare", which he designed for the courtyard of the Langenthal Gymnasium, commissioned by the Art Commission of the Canton of Berne, was so severely criticised by teachers and the general public in 1968 that the commission was revoked; the sculpture stood in front of the Kunsthaus Zürich for 33 years.

In 1966 he created the sculpture "L'Orgue", his last sculpture made of iron and in his usual technique. After this time he began to work with other possibilities, techniques and materials.