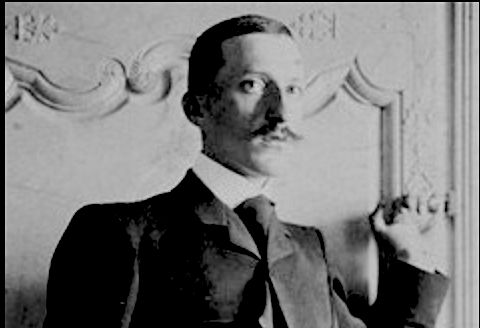 André Derain was a French artist. He created among other things paintings, graphics, sculptures, stage sets and costumes. Especially his painting has survived.

Derain was the main representative of Fauvism along with Henri Matisse and is counted among the first painters of Classic Modernism. At times he was regarded as the leading head of the French avant-garde and was also in close contact with the cubists Picasso and Braque.

In the years just before and after the First World War, Derain was regarded by many connoisseurs as a leading, if not the leading member of the French avant-garde and as the most important pillar of national tradition. Since the 1920s at the latest, however, his work has demonstrated a return - and thus a turning away from the main currents of his time - to a more traditional view. His work bears witness to his knowledge of a wide range of styles; among others African, Cypriot, Hellenic and Roman art, Italian painting of the trecento and quattrocento, the French school of the 15th century, Breughel, the Venetians, El Greco, Caravaggio, Peter Paul Rubens, the Dutch and Spanish masters of the 17th century and closer to our time, Delacroix, Corot, Courbet, Manet, Renoir and Cézanne contributed to his art. What is striking for these years is that he oscillated between two points of view, one realistic and one idealistic.

In relation to the two most important painters of the French avant-garde, Picasso and Matisse, with whom he was in close contact during his various creative periods, Derain formed a purifying element in his later years with his clear turning away from the currents of his time - a linearization of pictorial elements. He himself, as one of the main representatives of Classic Modernism at the time, sought through contact with his predecessors, the path which in his eyes was to be continued in responsibility towards tradition.

Derain was a realist with a strange naiveté, a frondeur, a man of the Renaissance and endowed with rare desires. Derain once said, "Everyone should find the wine that suits them, that there is a wine for every palette." And when asked if he had found his, he replied, "Non". At critical moments in his career, his rejection of some of the main tendencies of his time - cubism and abstraction - was the result of a considered personal point of view. He refused to trim his sails with fashion in mind. Most books or essays dealing with Derain's work were published at a time when he was the lion of the Parisian scene.

The artist's works are exhibited in Paris, London, New York and Prague, among other places. Many of his paintings are not open to the public. Some were shown posthumously at documenta 1 (1955), documenta II (1959) and documenta III in 1964 in Kassel. While his work received no further attention for a long time, since the turn of the millennium it has increasingly been honoured in numerous exhibitions. In the important Cézanne exhibition Aufbruch in die Moderne (Awakening to Modernism) at the Folkwang Museum in Essen at the turn of the year 2005, for example, some of Derain's pictures from his Fauvist and Cubist phases were shown for the first time in Germany.