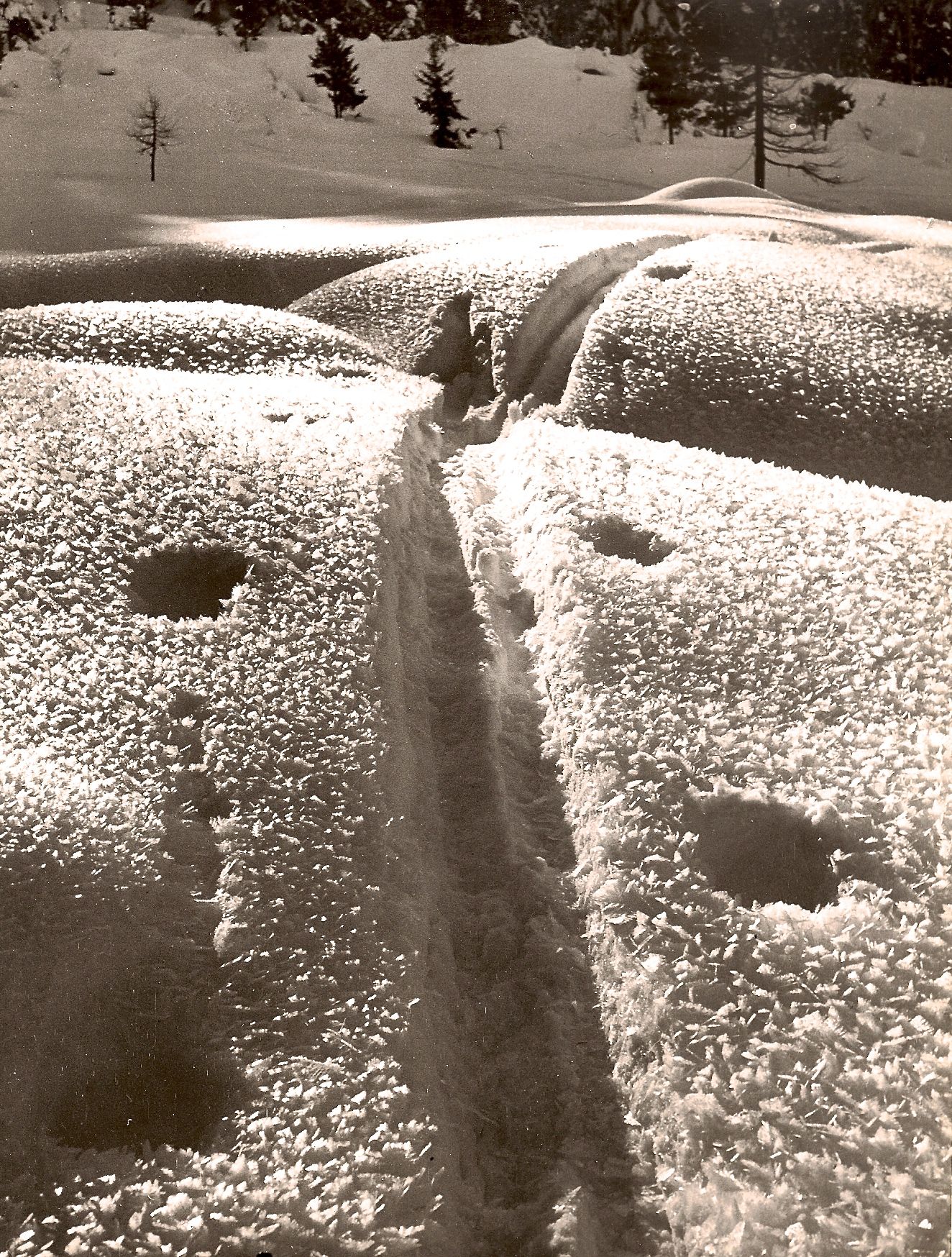 Andreas Pedrett is a Swiss photographer. He grew up in Zillis (GR) and did an apprenticeship as a photographer with his uncle Rudolf Anton Reinhardt in Chur. After some years abroad he returned to Switzerland in 1915 and worked with Johann Feuerstein in Schuls.

After Reinhardt's death in 1919, he took over his business in St. Moritz, which became a flourishing enterprise thanks to his wife Marlies Speicher. His passion was the high mountains, where from the 1930s he took photographs with a stereo camera, creating the illusion of space. Publications of mountain and landscape photographs in various magazines, the texts were written by his wife, made him famous.

In addition, he did advertising photography for the booming Engadine tourism industry (motto "Everything goes skiing"). During the Second World War Pedrett was assigned to the mountain brigade and produced exceptional alpine and military photography and films. In 1945 an accident put an end to the high alpine excursions.

After the war, Pedrett began to make 16mm colour films about the Upper Engadine landscape, which he, like Bartholome Schocher, personally showed and commented on.