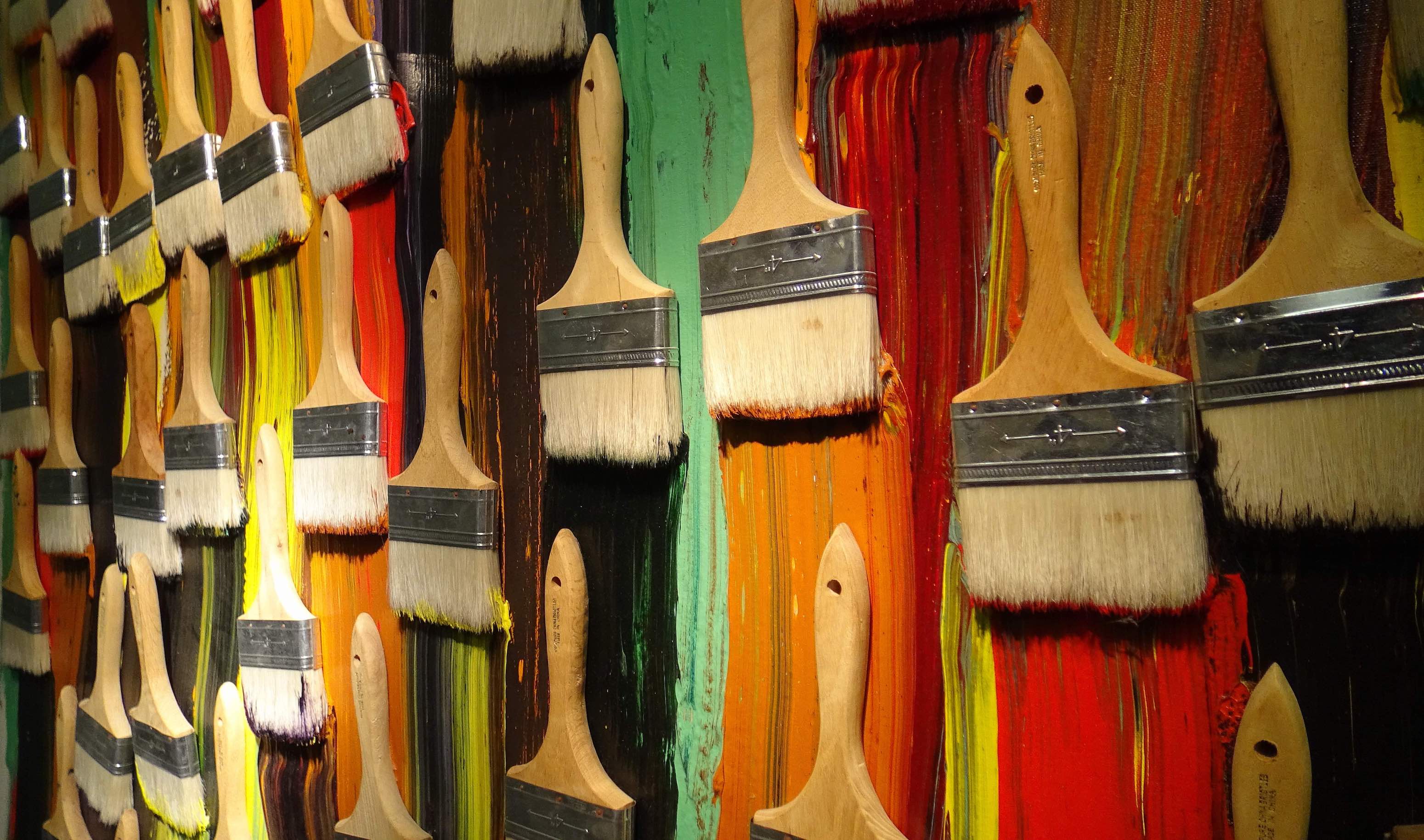 Arman (November 17, 1928 – October 22, 2005) was a French-born American artist. Born Armand Fernandez in Nice, France, Arman was a painter who moved from using objects for the ink or paint traces they leave ("cachet", "allures d'objet") to using them as the painting itself. He is best known for his "accumulations" and destruction/recomposition of objects. Contents

Completing his studies in 1949, Arman enrolled as a student at the École du Louvre in Paris, where he concentrated on the study of archaeology and oriental art. In 1951, he became a teacher at the Bushido Kai Judo Club in Madrid. During this time he also served in the French military, completing his tour of duty as a medical orderly during the Indo-China War. Early career

From 1959 to 1962, Arman developed his most recognizable style, beginning with his two most renowned concepts: "Accumulation" and "Poubelle" (French for "trash bin"). Accumulations were collections of common and identical objects which he arranged in polyester castings or within Plexiglas cases. His first welded accumulations were created in 1962.

In October 1960, Arman, Yves Klein, François Dufrêne, Raymond Hains, Martial Raysse, Daniel Spoerri, Jean Tinguely and Jacques Villeglé, and art critic and philosopher Pierre Restany founded the Nouveau réalisme group. Joined later by Cesar, Mimmo Rotella, Niki de Saint Phalle, and Christo, the group of young artists defined themselves as bearing in common their "new perspective approaches of reality." They were reassessing the concept of art and the artist for a 20th-century consumer society by reasserting the humanistic ideals in the face of industrial expansion.

In 1961, Arman made his debut in the United States, the country which was to become his second home. During this period, he explored creation via destruction. The "Coupes" and the "Colères" featured sliced, burned, or smashed objects arranged on canvas, often using objects with a strong "identity" such as musical instruments (mainly violins and saxophones) or bronze statues.

Of Arman's accumulations, one of the largest is Long Term Parking which is on permanent display at the Château de Montcel in Jouy-en-Josas, France. Completed in 1982, the sculpture is an 18-meter high accumulation of 60 automobiles embedded in over 18,000 kg of concrete.

After Arman's death in New York in 2005, part of his ashes were buried at the Père Lachaise cemetery in Paris in 2008