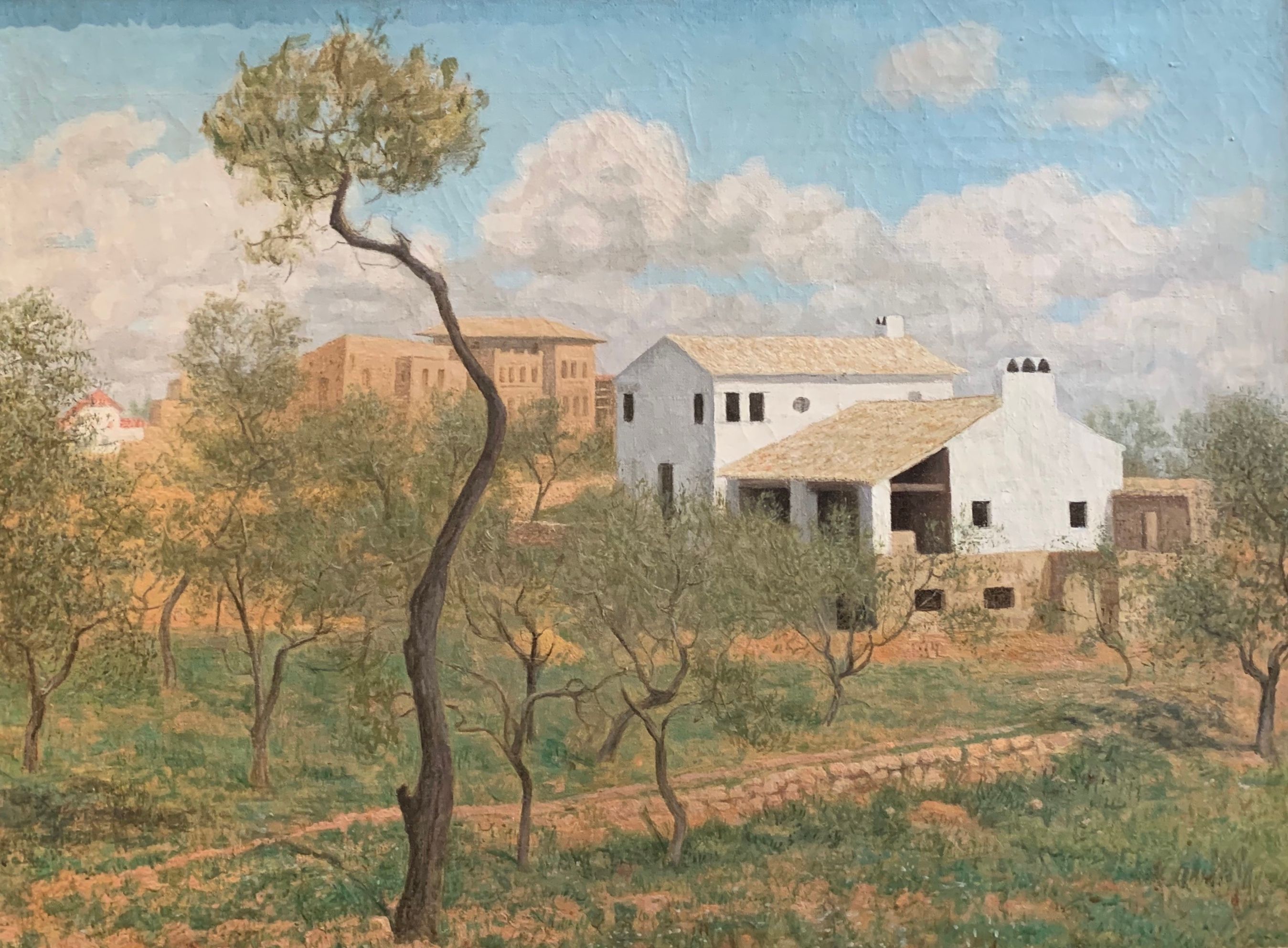 Arthur Aron Segal grew up as the son of a Jewish banker in Botoșani (Romania) and came to Berlin in 1892, where he studied with Eugen Bracht. In 1904 he married his cousin Ernestine in Berlin. The two of them took an active part in the Berlin art scene. In 1910, he and 26 other artists founded the Neue Secession in reaction to the Berlin Secession, where he also had a number of exhibitions, but left in 1912 due to internal contradictions. In 1912 he exhibited with Herwarth Walden, who also published him in Im Sturm. From 1910 to 1911 Segal travelled to Paris.

After the outbreak of the World War, the pacifist Segal took refuge from Berlin to Ascona, to the dropouts from Monte Verità. He ran a painting school there. His house on the mountain became a meeting place for exiled artists like Hans Arp, Marianne von Werefkin, Alexej Jawlensky, Lou Albert-Lasard. He maintained a friendly relationship with his neighbour and fellow countryman, the poet-prophet Gusto Gräser. Together with the Dadaists who came to Ascona, he participated in the exhibitions of the Cabaret Voltaire in Zurich.

Between 1914 and 1920 Segal developed the principle of equivalence, in which he gave his objects and figures the same meaning in a grid of rectangles laid out on the picture.2 In the course of this he increasingly distanced himself from representationalism. Colors, which he dissected prismatically, determined his paintings.

From 1920 to 1933 he maintained his own painting school in Berlin-Charlottenburg, which became a meeting place for many artists. In the 1920s, he participated with Otto Dix, George Grosz and Käthe Kollwitz in actions of the trade union and SPD on the eight-hour day. In 1933 the Segal family - he now had a daughter and son - had to flee Germany. They went via Mallorca, which he then had to leave because of the civil war, to London. There he founded the "Arthur Segal Painting School" in 1936, which still existed until 1977. Arthur Segal died of heart failure after an air raid on London.