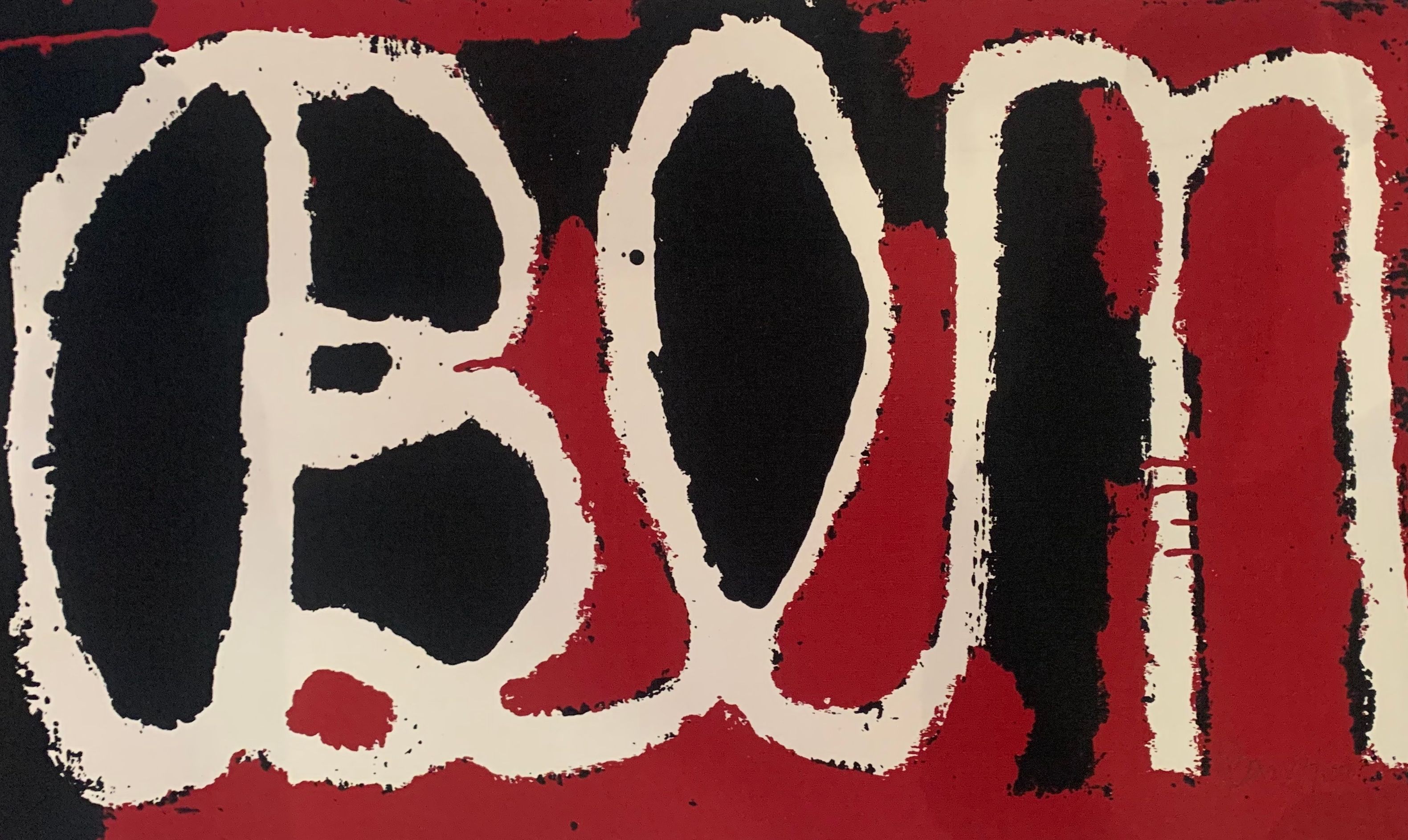 Ben Vautier, born 18 July 1935 in Naples, is better known as Ben. Benjamin Vautier, is a French artist of Swiss origin who now lives in Nice. He was one of the most important representatives of the Fluxus movement in the 1960s.

Vautier's artistic work follows the ready-mades, object art and composition in its structure.

In his early years, Vautier's family often moved between several countries and finally moved their residence to Nice in 1949. Vautier began to develop a personal artistic style based on Dadaism. He was inspired by artists like Yves Klein, Marcel Duchamp and the Nouveaux Réalistes.

In the early 1960s, Vautier undertook the action of signing everything that came into his view, including the works of other artists and his own body. His starting point was Duchamp's ready-mades and the realization that a work of art could only be recognized by its signature. After about two years, in 1962, the company culminated in a signed declaration that it would henceforth no longer sign anything.

Between 1958 and 1973 Ben Vautier ran a record shop in Nice, the "Magasin". It caused quite a stir with its façade and interior design. Vautier developed his typical style in its design: over the years, the façade was covered with a large number of objects of various kinds. He completes the whole with characteristically garishly coloured cursive comments. In 1994, the façade of the shop was exhibited at the Centre Georges Pompidou.

In 1972, Ben Vautier was a participant at Documenta 5 in Kassel in the section Individual Mythologies: Self-Portrayal - Performances - Activities - Changes.

In 1992, Ben Vautier's motto la Suisse n'existe pas ("Switzerland does not exist") adorned the official Swiss Pavilion at the World Expo in Seville.

In 1959, Vautier founded the magazine Ben Dieu. The following year, the first solo exhibition "Rien et tout" (Nothing and Everything) took place on the first floor of his shop (there in the so-called Laboratoire 32). Alongside Al Hansen, John Cage and others, Ben Vautier was one of the leading members of the Fluxus movement from 1962 to 1970. He has therefore been represented at international Fluxus festivals and has made a name for himself through many appearances and performances. This made Nice a centre for Fluxus in France.

Ben Vautier became the mentor of the still young art movement Figuration Libre, which was also named by Vautier in an article for the magazine Flash Art in 1981. Vautier is represented at numerous exhibitions at home and abroad, and many retrospectives bear witness to the artist's artistic success.