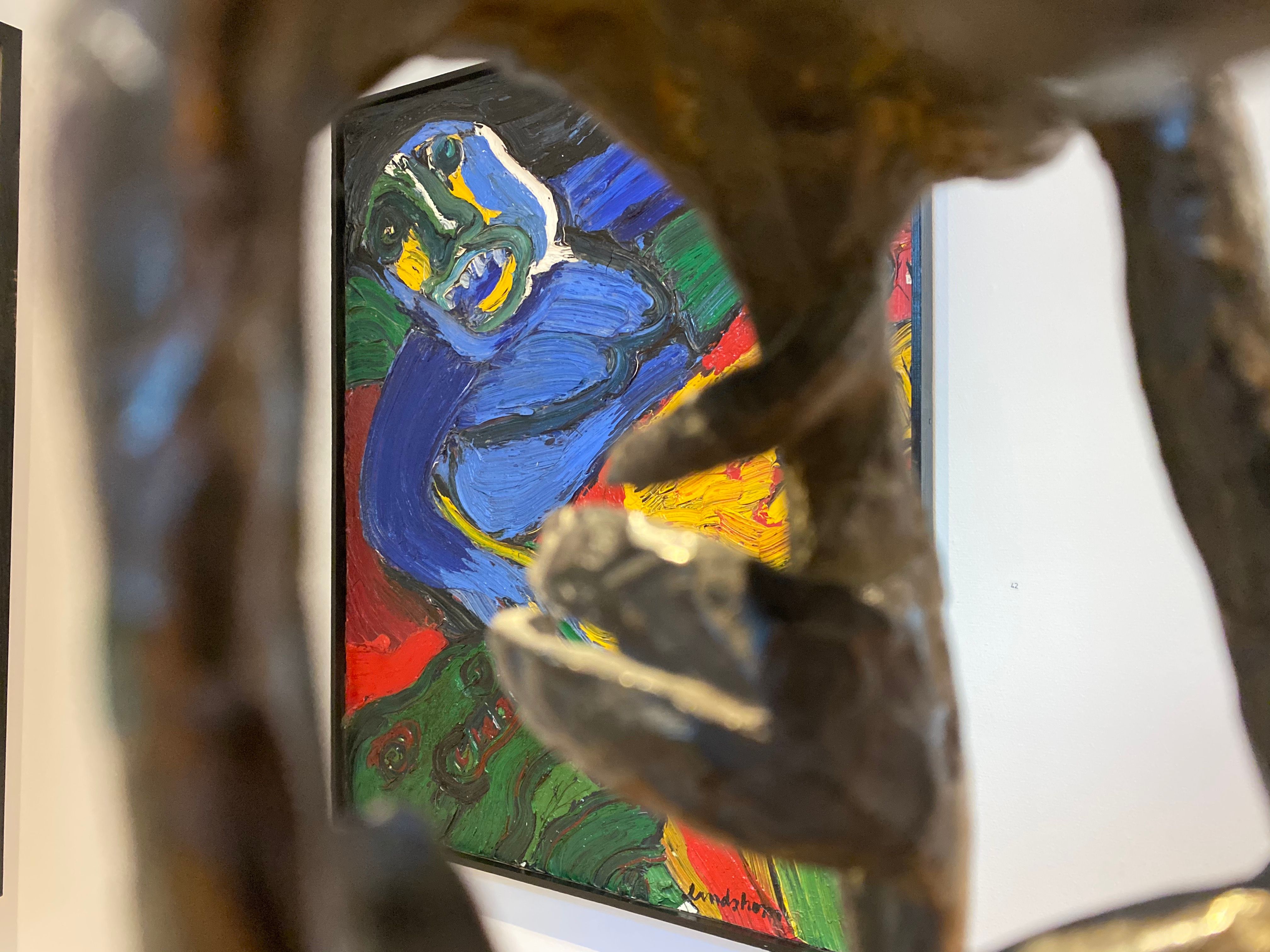 Bengt Karl Erik Lindström was a Swedish artist. Lindström was one of Sweden's best known contemporary artists with a characteristic style of distinct colors, often including contorted faces.

Lindström was born in 1925 at Storsjö kapell, Härjedalen, Sweden. In 1944, he moved to Stockholm to study under the Swedish painter Isaac Grünewald. In 1948, he moved to Paris, where he studied under the French painters André Lhote and Fernand Léger. Lindström was influenced by the paintings of COBRA artist Karel Appel.

He remained in France at Savigny sur Orge for the rest of his artistic career. He had two children Mariana and Alexandre. Lindström died in 2008 in Sundsvall, Sweden.

Lindström is probably best known for his outdoor decorations, such as mural paintings and colorful sculptures. One of his most famous sculptures is the massive Y-sculpture at Midlanda Airport north of Sundsvall, Sweden.