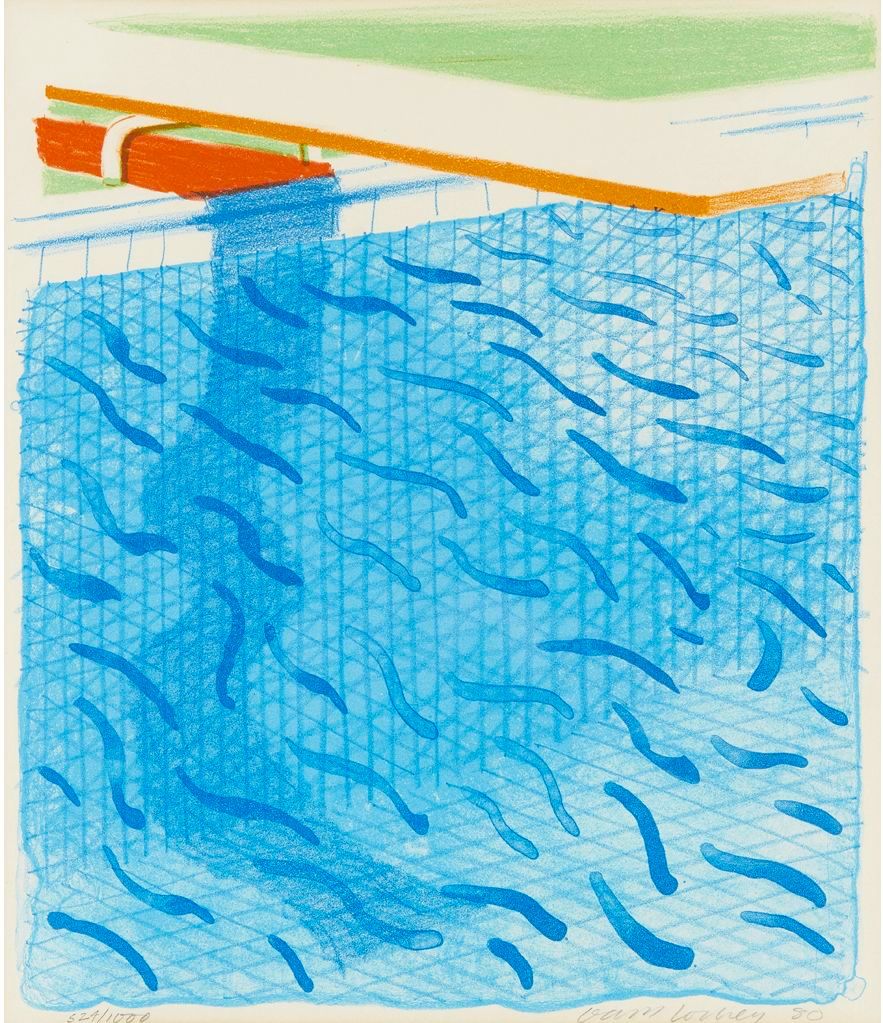 David Hockney is a British painter, graphic artist, set designer and photographer. He is considered an influential artist of the 20th century.

David Hockney was born in 1937 in Yorkshire, England, the fourth of five children, the son of the accountant Kenneth Hockney and his wife Laura. The father was an amateur painter and encouraged the son's artistic talents. After attending Bradford Grammar School, he enrolled at the Royal College of Art in London in 1959, where he studied with Ridley Scott and met R. B. Kitaj. His early works also show expressionist and gestural elements.

Occasionally, such as in We Two Boys Together Clinging (1961), based on a poem by Walt Whitman, which he wrote while still a student at the Royal College of Art, he depicts homosexual scenes. The abstract painting (now in the Art Council of Great Britain) with the loving male couple provided Hockney with numbers and codes with which he identified his lovers. At that time homosexuality was still a criminal offence in Great Britain.

Later Hockney settled in California and painted a series of oil paintings of swimming pools in Los Angeles. These have a more realistic style and use bright colors. He also made prints, portraits of friends and stage sets for Glyndebourne, La Scala in Milan and the Metropolitan Opera in New York City.

He participated in the 4th documenta in Kassel in 1968 and was also represented as an artist at documenta 6 in 1977. In 1974 Hockney was the subject of Jack Hazan's film A Bigger Splash (named after one of Hockney's swimming pool paintings from 1967). The film deals with the end of the relationship with his partner Peter Schlesinger and documents the creation of the painting Portrait of an Artist (Pool with Two Figures). Many of his works can be found today in the old Salts Mill textile factory in Saltaire near Bradford.

From 1976 Hockney created photographic works with the portfolio Twenty Photographic Pictures and was successful with this art. He assembled his pictures from more than 100 Polaroid pictures to a photo collage. Because these photographs were taken from different perspectives and at slightly different times, the result is reminiscent of Cubist paintings. Some of these works represent landscapes, others are portraits. An example of this creative phase is a composition of 63 Polaroids showing the sisters Imogen and Hermiane Cornwall-Jones.

From the mid-1980s onwards, Hockney turned more to painting, which was influenced by Henri Matisse and Pablo Picasso. At the same time, he used the new technical possibilities to create home-made prints, pictures from the colour copier, and transferred pictures with fax machines. In 2012 he designed a large picture (176 m²) for the Vienna State Opera, which was shown in the 2012/2013 season as part of the exhibition series Iron Curtain, conceived by museum in progress. 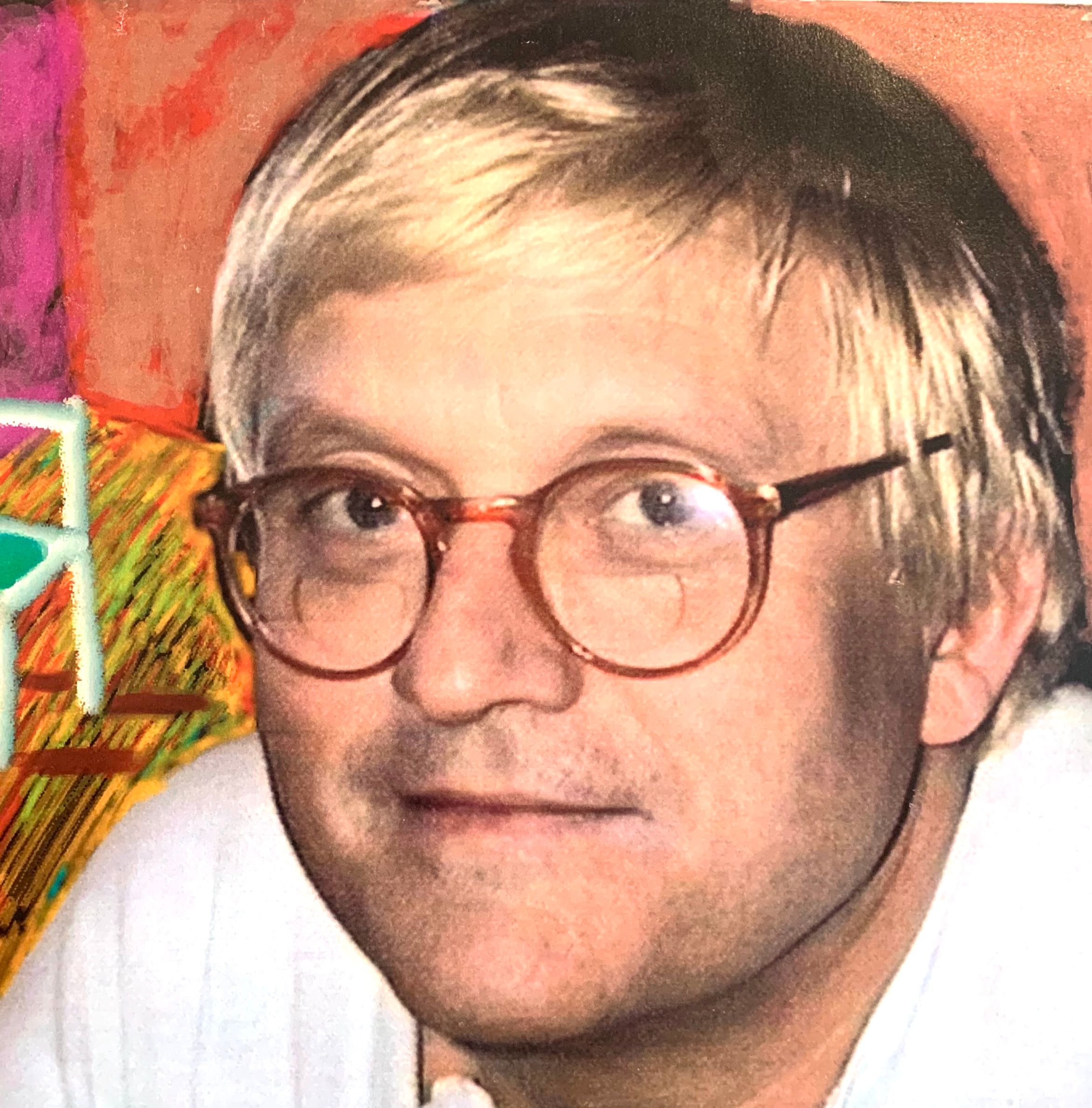