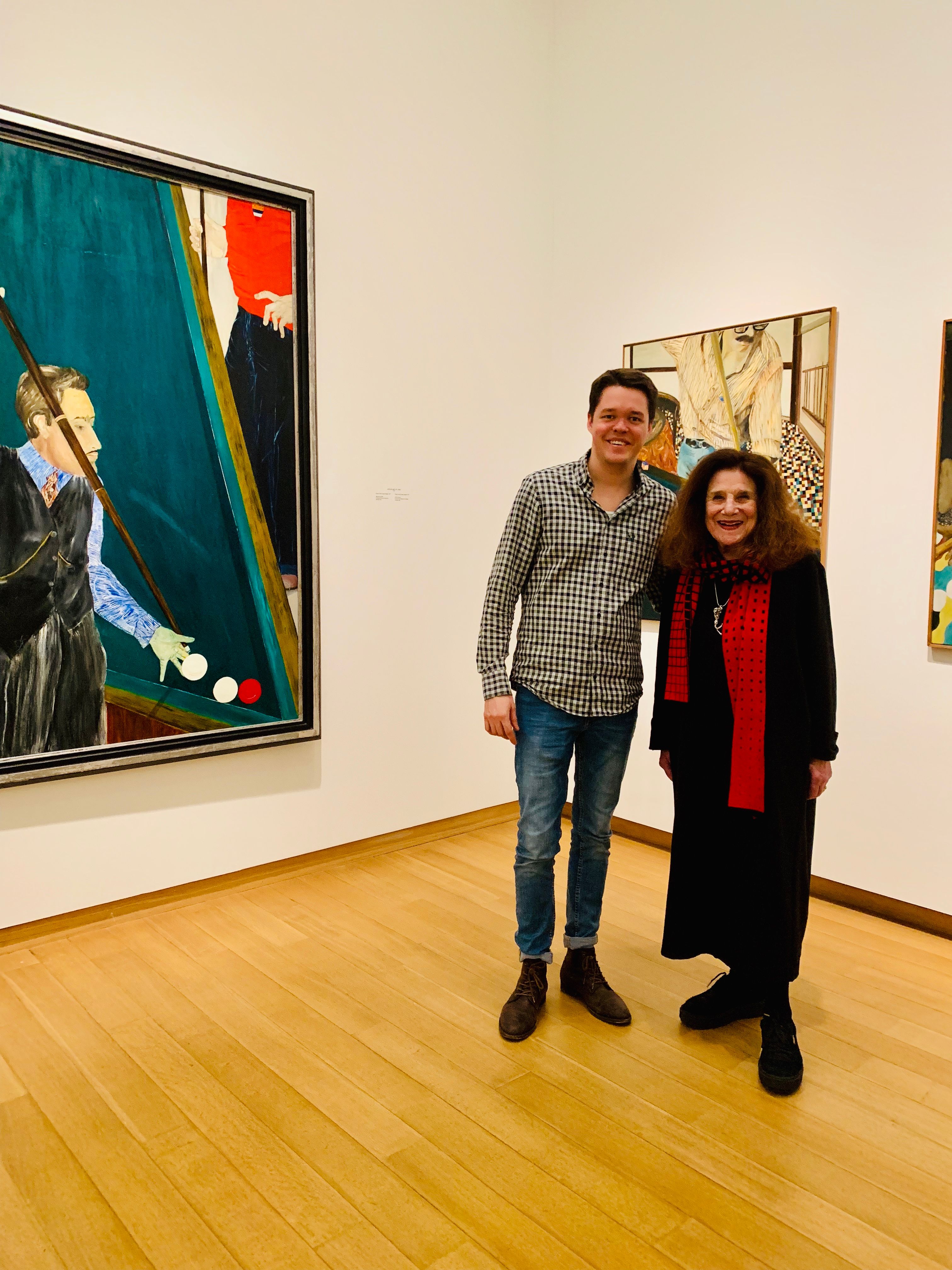 Jacqueline de Jong, born in Hengelo, the Netherlands, is a Dutch painter, sculptor and graphic artist.

In 1957 she went to Paris, first working for Dior, studied French and attended an acting school. In 1958 she went to London, where she studied at the Guildhall School of Music and Drama. After her return to Amsterdam, she worked at Amsterdam's Stedelijk Museum until 1961. In Paris and London, she came into contact with the painter Asger Jorn, whose partner she became after a few years. Through Jorn and others, she came into contact with the Situationists, and in 1960 she joined this group as a member, taking part in conferences and working on the Central Committee. After the exclusion of Constant Nieuwenhuys and his group, she was entrusted with the Dutch section of the Situationists. However, she did not accept how the German group, known as Spur, was treated and withdrew. As the gap between the Debordists and the Second Situationist Internationale grew, she refused to join one of the factions and instead took the position that one should act as a Situationist. From 1962 to 1968, she edited the Situationist Times, on which Gaston Bachelard, Roberto Matta, Wifredo Lam and Jacques Prévert also collaborated. During the May riots of 1968, she printed posters and distributed them in Paris. In addition to her work for the S.I., de Jong is engaged in figurative painting and action painting.

De Jong left Paris in 1970 and returned to Amsterdam. She married the gallery owner Hans Brinkman and organized exhibitions and fairs. After her divorce from Brinkman in 1989, she lived together with the lawyer Thomas Weyland, who, among other things, was on the editorial board of the International Journal of Cultural Property (de Gruyter Berlin-New York), and whom she married in 1995 in Areopoli. Both gave frequent lectures on copyright and authors' rights. In 1996 they acquired a property in the Bourbonnais in the Massif Central of France. There she grew vegetables and potatoes, which she then developed into the "Potatoe language" in her art. In 2003 she was invited by Jennifer Tee to an exhibition at the Van Abbemuseum in Eindhoven, then she was invited by Roberto Ohrt to an exhibition Baked Potatoes in 2006 and from 2008 to 2011 to a design exhibition Pommes de Jong in Albisola.

In 2003 the Cobra Museum in Amstelveen showed her work in a retrospective exhibition, which was also taken over by the KunstCentret Silkeborg Bad in Denmark. In 2009, together with Thomas Weyland, she established the Weyland De Jong Foundation, whose main aim is to support avant-garde artists over 50 years old from all disciplines, from architecture to art studies.

In 2012 she had an exhibition at the Moderna Museet in Stockholm. Her extensive archive was purchased by Beinecke Rare Book and Manuscript Library, Yale University USA ("The de Jong Papers") in 2011 and in 2019 the Stedelijk Museum in Amsterdam showed a major retrospective of her work under the title Pinball Wizzard.