He has a repertoire of characters that appear and reappear in his paintings, prints and works on paper. His work is narrative with dark forces within a comic style. With themes that embrace retro times, his characters are simultaneously humorous, tragic, sexy and visually dynamic.

Doug Kemp's work is enjoyed by collectors in the US, Japan, China and Europe.   This website/shop has been set up and is managed by his son Luke.

Doug's produces work as acrylic painting on canvas, works on paper and linocuts. His artist's statement best describes what he is about: "People who like putting people into pigeon holes, place me in the Pop Art hole, very boring. I'm an Industrial City Painter, which used to be called a Modernist fifty years ago.

Douglas says of himself: "I am a man of color and lines. For example, I admire the period of Romanesque murals of the 10th century with the same respect as the golden age of comics. Everything and everyone has influenced me in some way." 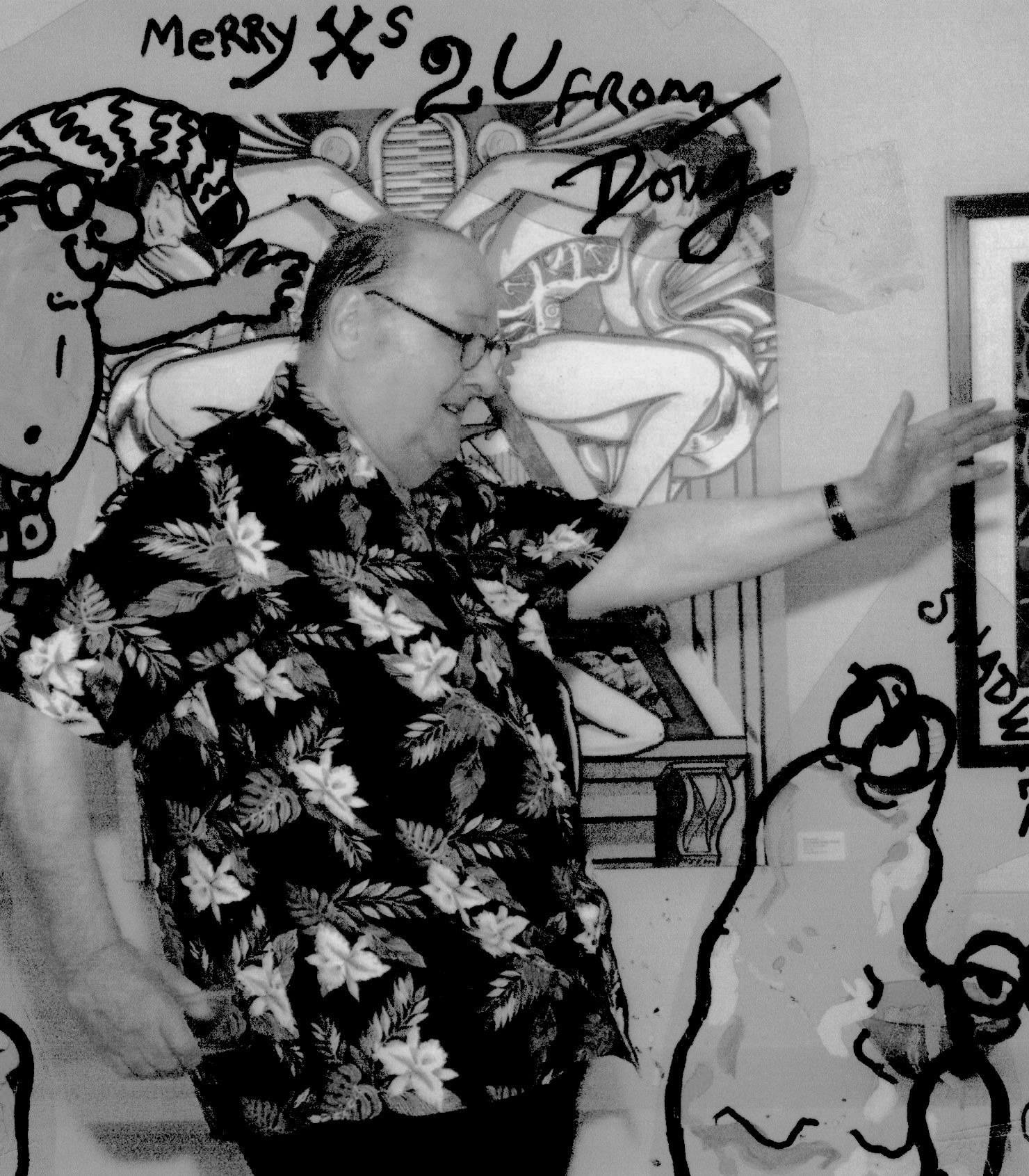