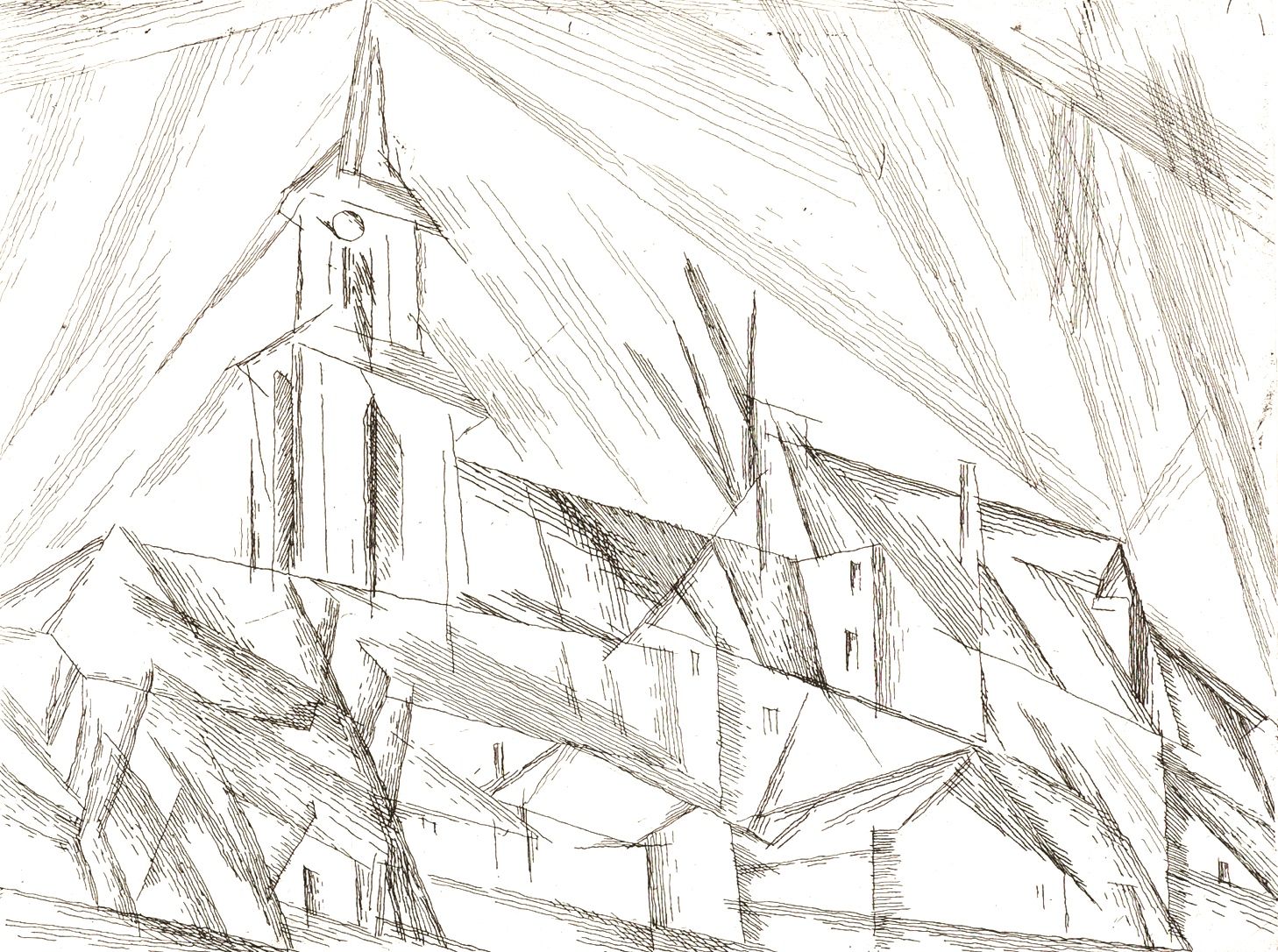 Lyonel Charles Adrian Feininger was a German-American painter, graphic artist and caricaturist. From 1909 he was a member of the Berlin Secession. With his works at the Bauhaus since 1919, he is one of the most important artists of modernism.

Feininger did not begin painting until the age of 36. Prior to that, he worked for a long time as a commercial caricaturist for various German, French, and American newspapers and magazines. He subjected his works to a hard and self-critical examination and, based on his caricatures, quickly developed a very distinctive painting style. In his paintings, the objects are abstracted and exaggerated in design. The strength and expression of Feininger's style influenced numerous contemporary artists and founded his importance and success. Feininger often picked up on pictorial motifs and compositions of his own caricatures and sketches in his works.

For example, his drawings of the idyllic small town of Ribnitz and Damgarten, created in 1905, have become famous, as well as his pictures of churches and village centres in the surrounding area of Weimar in Thuringia, where he repeatedly went on work and study trips between 1906 and 1937. The pictures are mostly named and numbered after the respective villages.

During the National Socialist era, Feininger's works were officially considered degenerate art. The National Socialists confiscated 378 works by the artist from public collections. A few months after his departure, they showed eight paintings (city views), one watercolour and thirteen woodcuts at the exhibition Entartete Kunst in Munich. As early as 1936 Feininger visited New York, taught during the summer months at Mills College in Oakland and prepared for his move to the United States. While Feininger was considered an American painter in Germany, he was virtually unknown to the New York public after his return as a "German". In the summer of 1937, he taught again at Mills College and made his first watercolour (Manhattan at Night), in which he dealt with New York. In 1939 he completed motifs of the Baltic Sea that had already been begun in Germany. One year later he started a series of "Manhattan pictures", which dealt with modern "skyscraper" architecture and street canyons. Yet for Feininger - although he lived in New York - the recalled motifs of his former home always remained an important pictorial theme. In 1944 he met Fernand Léger and for the first time - together with Marsden Hartley - he exhibited a retrospective at the Museum of Modern Art. In 1947 he was elected president of the Federation of American Painters and Sculptors and one year before his death he became a member of the American Academy of Arts and Letters.