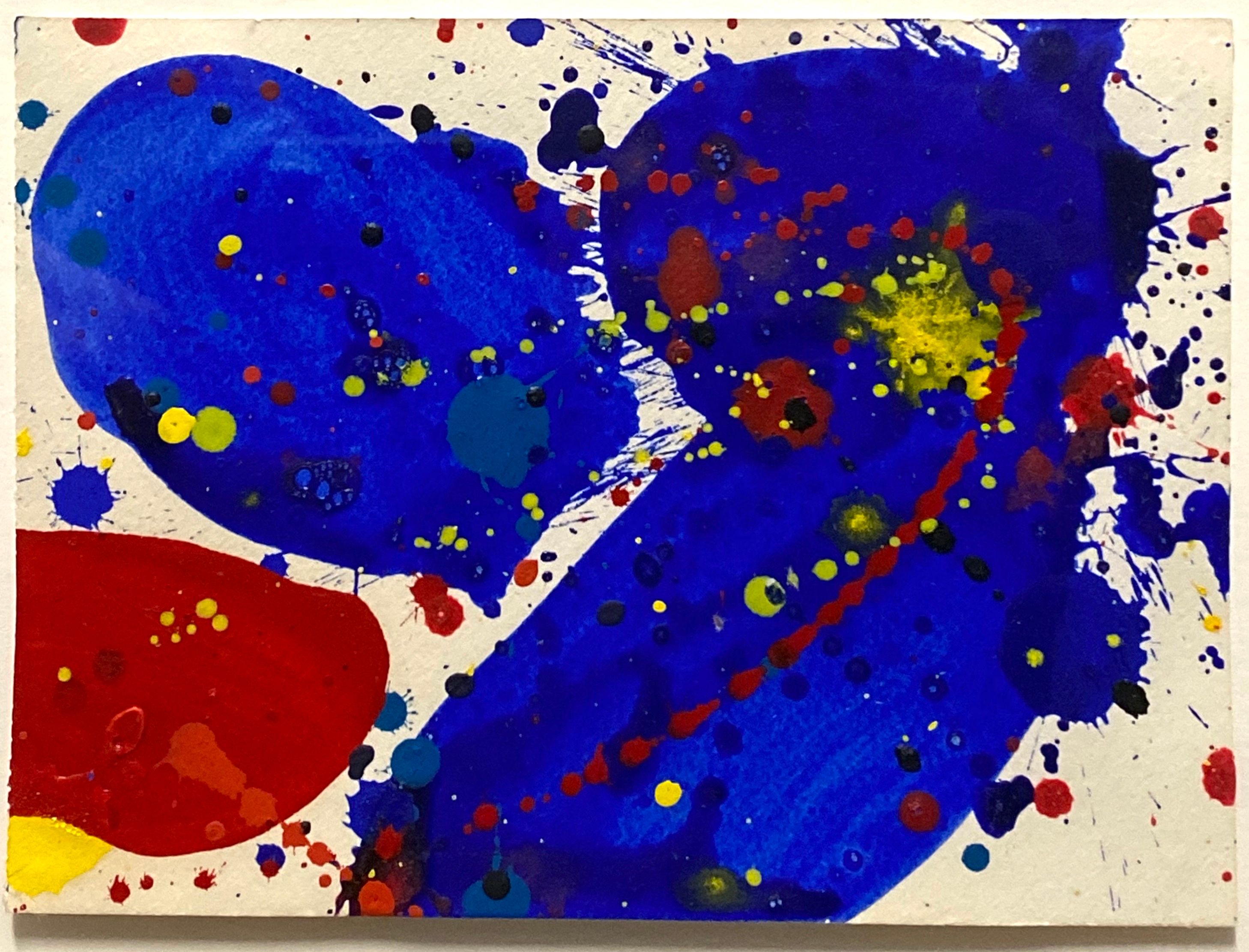 Sam Francis was an important US-American painter and graphic artist. His work is attributed to Abstract Expressionism or colour field painting.

Before he found his artistic calling, Francis studied botany, medicine and psychology at the University of California in Berkeley from 1941 to 1943. He then enlisted as a soldier in the American Air Force for the following two years. Towards the end of the Second World War, he suffered severe spinal injuries in a plane crash, which forced him to spend many years in hospitals and clinics. During this time, he came into contact with painting, which did not let him go.

After his recovery, Francis began to study art history and fine arts at his old university between 1948 and 1950. During this time, he was particularly influenced by the abstract expressionists Mark Rothko, Arshile Gorky and especially by Clyfford Still. After successfully completing his studies Francis visited Paris and settled down there permanently. Numerous contacts with artists, especially with the circle around the painter and sculptor Jean-Paul Riopelle, shaped his style, which made him one of the most important representatives of Tachism. He became known for his technique of allowing colours to flow into each other in trickles of varying intensity on the painting ground, which then mixed to form partly large colour blobs. In 1952 he had his first solo exhibition in the "Galérie du Dragon" in Paris. There he also met Muriel Goodwin, whom he later married.

In 1957 Francis undertook a trip around the world, which among other things brought him to Japan for several months; there he executed his first large-format mural painting as part of a commissioned work. In a later creative phase, he installed such murals, some of which were oversized, at the Kunsthalle Basel and the Chase Manhattan Bank in New York, among other places. In 1959, Sam Francis took part in the 5th Biennale of São Paulo and the documenta II in Kassel.

After a phase of restlessness with studios in Paris, Bern, Tokyo, and New York that drove him through the world's cities, Francis returned to California in 1962 and settled in Santa Monica. In 1964 he took part in the 32nd Venice Biennale and documenta III. In the 1970s, the now established artist turned to action painting, of which he is counted among the most distinctive representatives. During this time, he also began to take an interest in other art techniques - lithography, monotype, etching - techniques which he found an exciting challenge until his death.