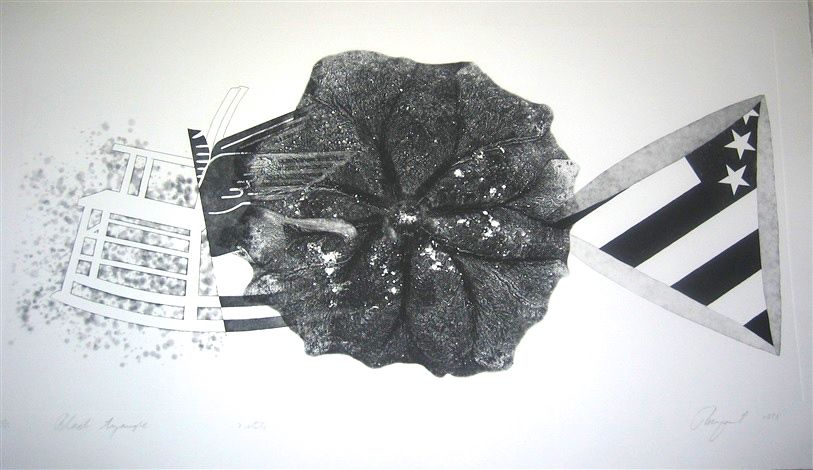 After a short-term fellowship at the Minneapolis School of Art in 1948, James Rosenquist continued his studies of painting at the University of Minnesota from 1952 to 1954. In 1955 he went to New York City, where he received a scholarship to study at the Art Students League and in 1956 met Robert Indiana, Jasper Johns, Ellsworth Kelly, Agnes Martin, and Robert Rauschenberg.

From 1957 to 1960 he earned his living by painting advertising posters. With the advent of Pop Art, he quickly became one of its leading exponents. He applied the techniques of poster painting to the large-format paintings he created from 1960 onwards. In 1962 he had his first solo exhibition at the New York "Green Gallery", which attracted a great deal of attention from the public and press.

Like other Pop Art artists, Rosenquist adopted the visual language of advertising and pop culture in the context of the visual arts. He received international recognition in 1965 with the room-filling painting F-111. James Rosenquist painted the F-111 fighter plane spread over four huge sections combined with other subjects such as spaghetti with tomato sauce, a hair dryer, light bulbs and a mushroom cloud. The painting is about three meters high and 26 meters wide.

His speciality was to combine torn, seemingly misproportioned individual pictures on the canvas, to let them overlap and juxtapose them to create stories. This kind of narrative can surprise the viewer by making him think about familiar objects such as a pendant of the American moving company U-Haul or a box of oxydol detergent in a new way. In addition to painting, he had created a large number of prints, drawings and collages. One of his prints, Time Dust (1992), is considered the largest print in the world (approximately 2 × 11 meters).

Since the first retrospectives of his work, organized in 1972 by the Whitney Museum of American Art, New York City, and the Wallraf-Richartz-Museum, Cologne, he has been the subject of many exhibitions in galleries and museums, both in the United States and abroad. He has continued to produce large-format commissioned art, including three paintings, The Swimmer in the Econo-mist (1997-1998) for the Deutsche Guggenheimmuseum, Berlin, and a painting that will grace the ceiling of the Palais de Chaillot in Paris.

His work continued to develop and retains its influence on younger generations of artists. His most recent works have focused on the phenomenon of time and were shown in the 2008 exhibition The Hole in the Center of Time at the Jablonka Gallery in Berlin.