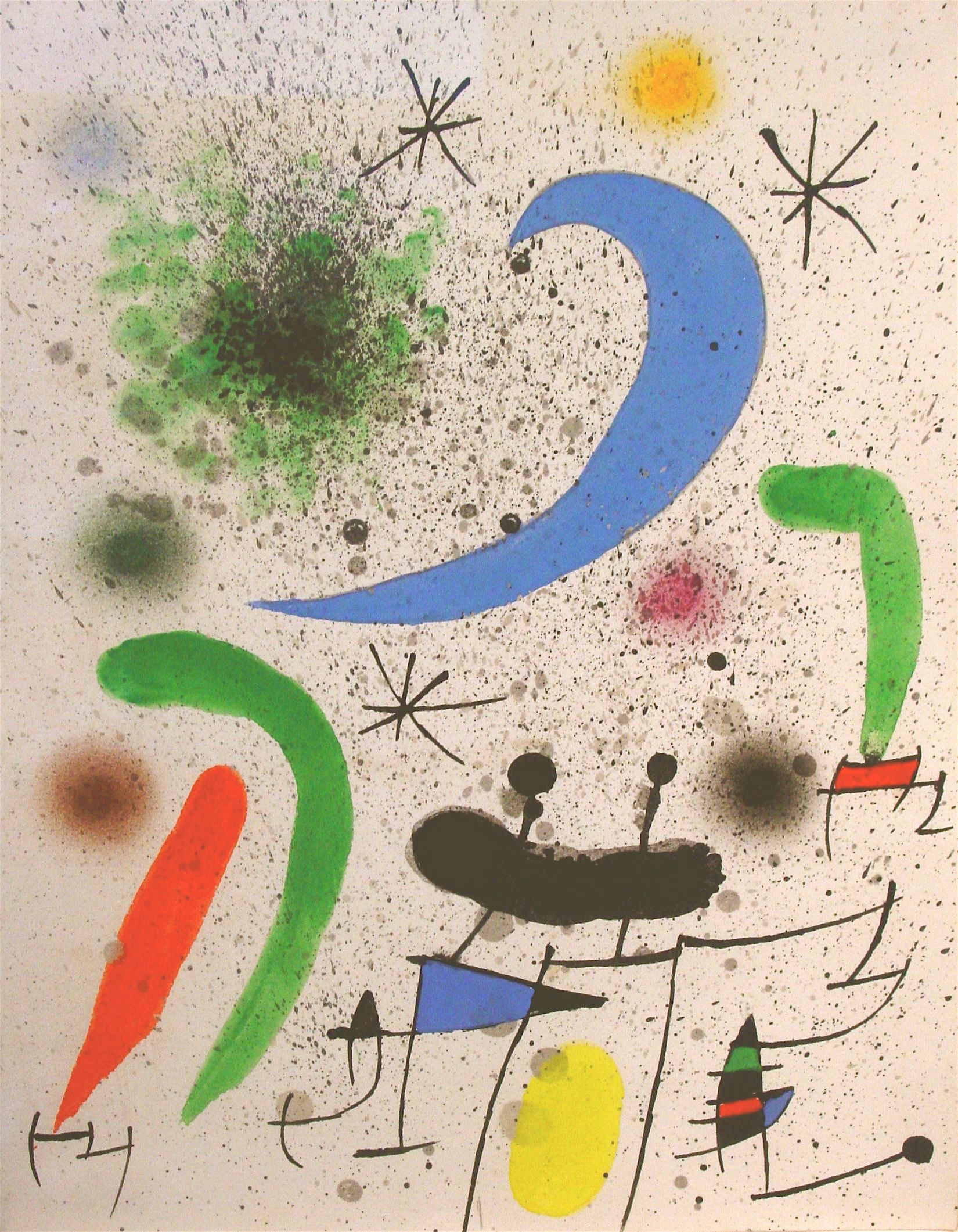 Joan Miró i Ferrà was a Spanish-Catalan painter, graphic artist, sculptor and ceramist.

His early works, based on Catalan folk art, show influences of Cubism and Fauvism. From the early to mid-1920s, the artist underwent a fundamental change of style in Paris, influenced by the prevailing art movements of Dadaism and Surrealism, which led him away from representationalism.

As a representative of Classical Modernism, Miró is one of the most popular artists of the 20th century with his imaginative pictorial motifs. His magic symbols for moon, stars, bird, eye and woman are among the most famous elements of his art. His disturbing late work, such as the series Toiles brûlées (Burnt Canvases) was a staged destruction, a protest against the commercialization of art and an expression of his demand to "murder painting".

In public spaces, for example, his ceramic walls adorn the UNESCO building in Paris and the Wilhelm Hack Museum in Ludwigshafen on the Rhine; monumental sculptures have been installed in squares in Barcelona and Chicago, among other places.