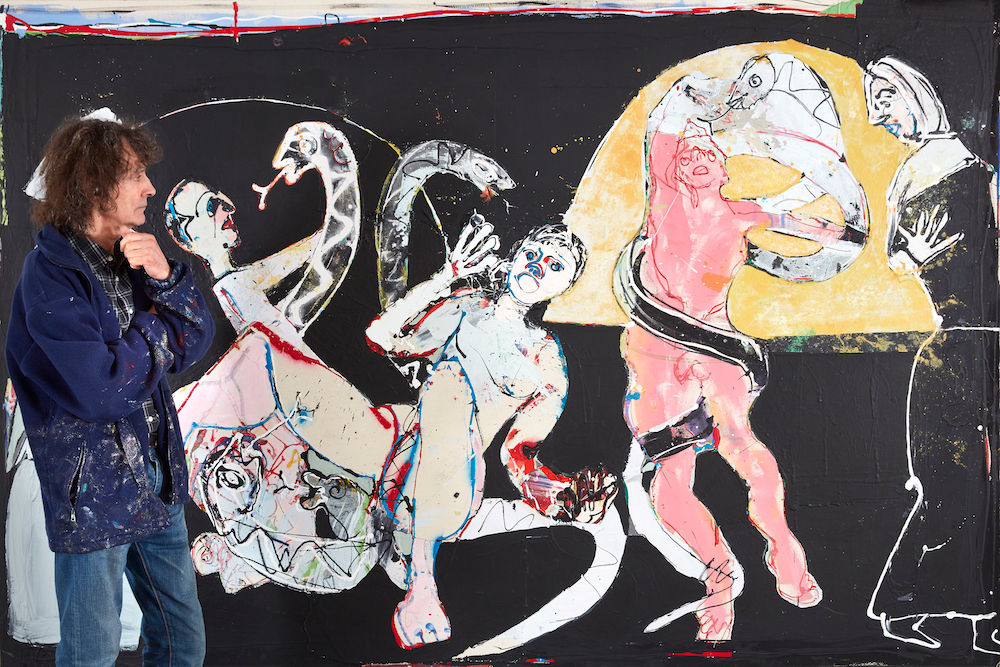 John Kiki, born in 1943, commenced his art education at both the Camberwell School of Art and the Royal Academy Schools. By the time he finished his studies in 1967, Kiki had developed a unique style, a fusion between figurative painting, abstraction and Pop Art.

Kiki hails originally from Cyprus, and although he refers to various classical myths in his work, he feels that his upbringing in England has been more important for his art than the Mediterranean. The slightly louche vigour of the seaside town, the razzle-dazzle of the funfair and the lights of the seafront and piers have all fed into Kiki’s imagery.

He paints non-naturalistically, but employs recognisable figures in the flattened spaces of his vibrant compositions. Amazon and Epona, Leda and the Swan feature in modern (un)dress, along with fairy-tale characters, and unspecified lovers and dog-walkers such as may be encountered in everyday life.

Kiki draws with a wonderfully liquid line in acrylic paint, paring down the description to the most telling details, and increasing the intensity of the colour contrasts and surface textures. In so doing, he likes to reprise great masterpieces of the past, particularly by El Greco, Velázquez and Picasso.

John Kiki is an established artist both in the USA and, above all, in Europe. His work enthuses both young and old and is praised by art critics across the globe. He is an exceptional talent whose exhibitions attract positive attention wherever they are held.

Art Innsbruck 2020, for example, dedicated a special exhibition to John Kiki with over 25 large-format works of art.

Despite this success, John has always remained modest and, since his childhood, he lives primarily in Great Yarmouth on the East coast of England. 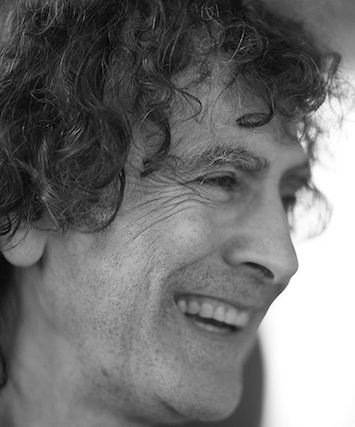