Gustav Klimt was an important Austrian painter and one of the most famous representatives of Viennese Art Nouveau and founding president of the Vienna Secession.

The gold backgrounds, which Klimt used in several paintings from the mid-1890s onwards, are reminiscent of, for example, a Japanese painter of the 17th century. The use of gold became characteristic for Klimt.

The founding of the Vienna Secession in 1897, following the example of the Munich Secession, ushered in the period of Art Nouveau and was probably the most significant turning point in Klimt's artistic life. His works around the turn of the century show clear influences from artists such as Franz von Stuck and Jan Toorop. For example, Klimt's depiction of women's hair resembles that in Toorop's paintings. Judith seems to be inspired by Stuck's The Sin. The position of the two bodies in Klimt's Water Snakes I corresponds approximately to that in Edward Burne-Jones' painting The Depths of the Sea (1887).

Characteristic of Klimt's style is the inclusion of Aletheia (mythology) as a symbolic figure in some of his works of art towards the end of the 19th century, including Pallas Athene (1898) and Nuda Veritas (1899). An illustration for the magazine Ver sacrum (March 1898 issue) is considered to be Klimt's first Nuda Veritas. A model for Klimt's depiction of Nuda Veritas was probably his own Isis in the gusset picture.

Art historians assume that with Nuda Veritas Klimt denounced both the politics of and the ignorance of Austrian society. The aristocracy and bourgeoisie closed their eyes to domestic and foreign political problems and instead tried to cover up the truth with the pomp of historicism. After the scandal surrounding the faculty paintings Klimt no longer accepted public commissions and devoted himself to portrait and landscape painting. Klimt achieved the conspicuous condensation and two-dimensional effect of numerous landscape paintings by using a telescope to bring selected distant landscape sections up close.

Klimt is undoubtedly the most important artist of Art Nouveau in Austria, but also occupies a leading position on an international scale. Nevertheless, his work was sometimes completely ignored or dismissed as purely decorative painting, especially in the German-language art criticism of the first half of the 20th century. 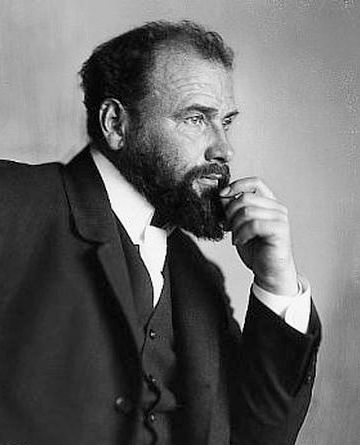