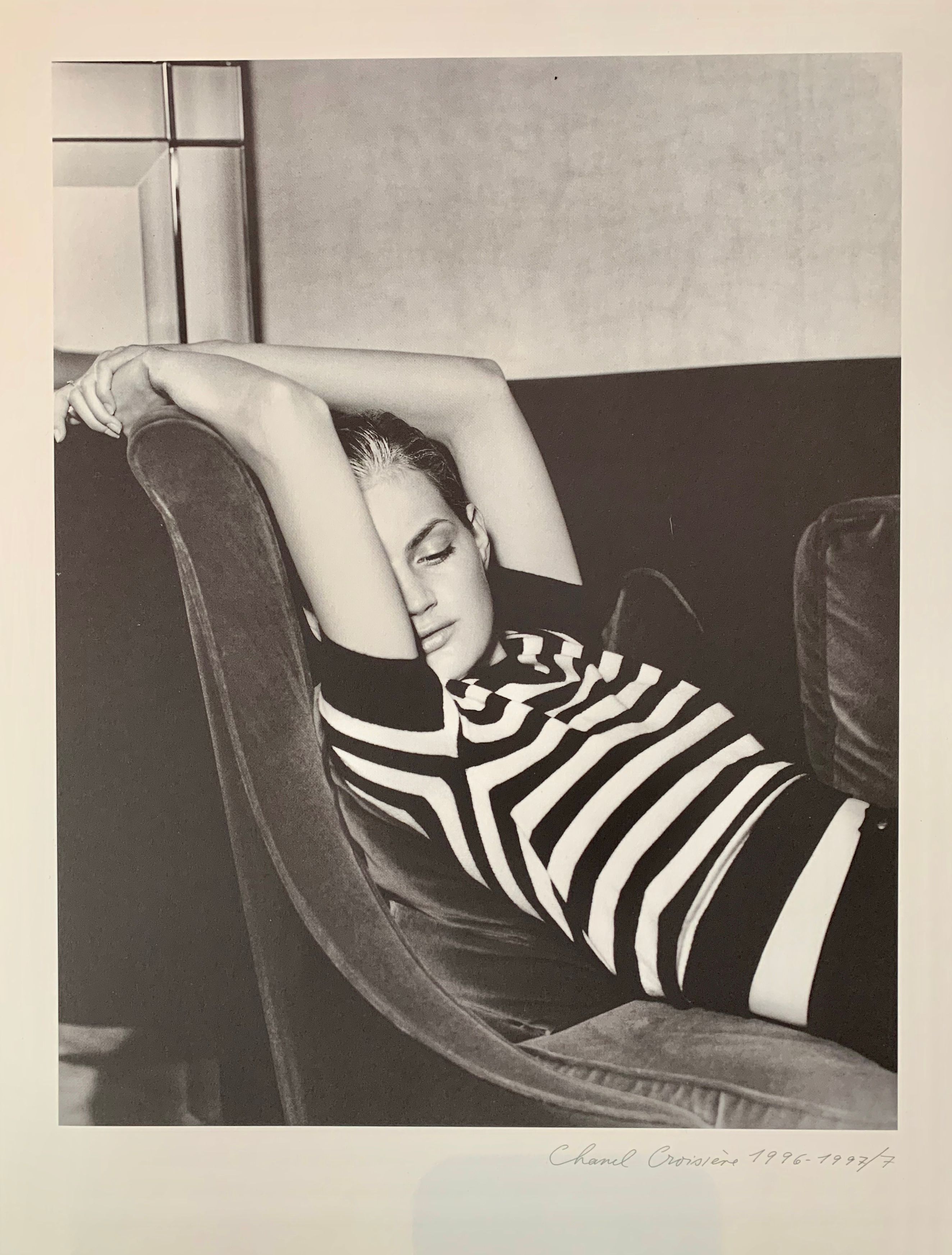 He was known as the creative director of the French fashion house Chanel, a position held from 1983 until his death, and was also creative director of the Italian fur and leather goods fashion house Fendi, and of his own eponymous fashion label. He collaborated on a variety of projects in the fields of fashion, advertising, design, photography and art. Lagerfeld was sometimes referred to by the press as "Kaiser Karl" or "fashion tsar" because of his over 60 years of creative work and his style-forming influence on the international fashion world. His personal trademarks included a white powdered plait, a high standing patricide and dark sunglasses; until the early 2000s he also appeared in public with a hand fan.

In addition to fashion and costume design, Lagerfeld discovered photography as a new field of activity in 1987. In 1993 he began a close collaboration with the publisher Gerhard Steidl. Lagerfeld regarded Steidl as "the best printer in the world." Until his death, Lagerfeld published numerous books on photography with Steidl Verlag. In 2012, the Stiftung Buchkunst awarded his book The Little Black Jacket as one of the most beautiful German books. Lagerfeld owned one of the world's largest collections of photo books. In 1996 he received the Culture Prize of the German Society for Photography for his work. From November 11, 2006 to February 18, 2007, 350 of Lagerfeld's photographs and multimedia installations were exhibited at the Galerie C/O Berlin. Under the title One Man Shown, they all showed the U.S. model Brad Kroenig, whom the designer had discovered and promoted. The classic black-and-white portraits, which were created over a period of three and a half years and included both fashion shots and nude photographs, were successful with the public. Critics reacted cautiously and in part with rejection to Lagerfeld's photographic studies. While the magazine Der Spiegel denounced the uniformity of the images and attested that the fashion designer could also sell boredom perfectly, the US star photographer David LaChapelle criticized Lagerfeld as a "dilettante" who had nothing new to add to the history of photography. Lagerfeld was responsible, among other things, for the advertising campaign of the Dom Pérignon champagne brand, working again with Claudia Schiffer. For the Volkswagen Group, he directed the advertising for the Phaeton model and can also be seen in the promotional film for a special edition of the Golf. For the March 2011 edition of the German Playboy he photographed Natalia Wörner. In a modernized photo story of the ancient myth of Daphne and Chloe based on the Greek poet Longus, he staged the two models Baptiste Giabiconi and Bianca Balti in front of the natural scenery of southern France. The illustrated book Modern Mythology from 2013 shows Lagerfeld's idea of idyllic life in monumental black-and-white photographs, based on the classic text source.