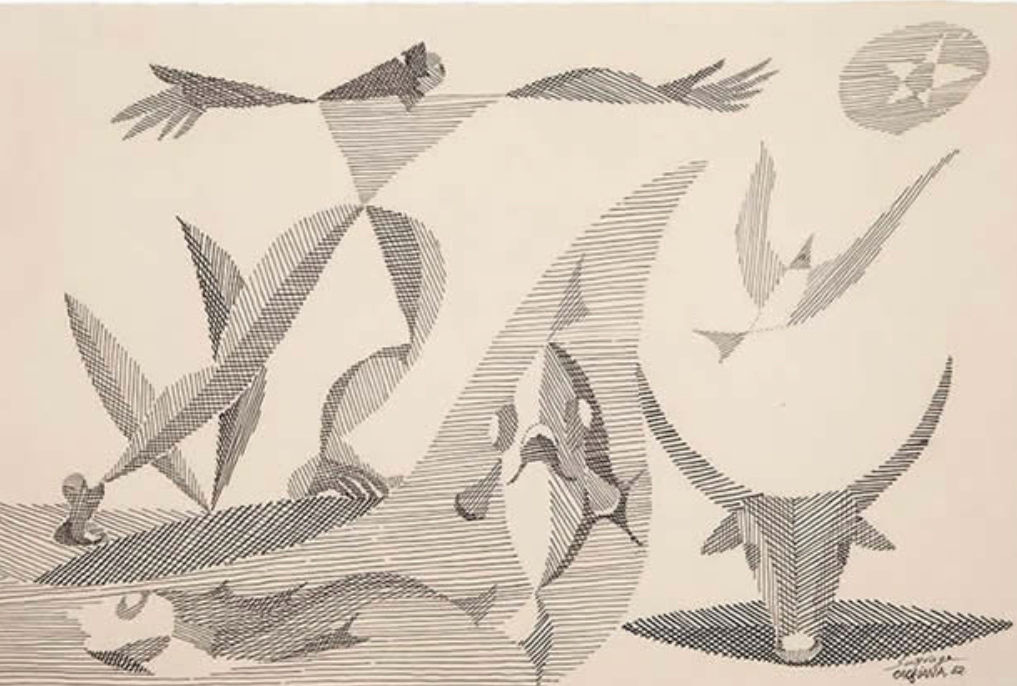 Léopold Frédéric Léopoldowitsch Survage, actually Leopold Friedrich Sturzwage was a French Cubist painter of Finnish/Russian origin. He studied at the Academy of Art in Moscow from 1901. In 1906 he showed his works for the first time in Western countries on the occasion of the "Paris Autumn Salon".

In July 1908 he moved to Paris together with Hélène Moniuschko, his later wife, where he joined the artists of Montparnasse. Within a short time he made the acquaintance of the city's most famous artists, including Georges Braque, Tsuguharu Foujita, Fernand Léger, Jean Cocteau, Juan Gris, Chaim Soutine, Moise Kisling, Amedeo Modigliani and Pablo Picasso. He soon became a close friend of Henri Matisse and influenced his later works (Composition with Fish, 1917).

The constant search for new means of expression led Léopold Survage to create tapestries, tapestries, book illustrations, stage and costume design for Ballets Russes (Mavra, 1922) and textile designs for the House of Chanel. In recent years, interest in his work has grown steadily and his works have fetched high prices at art auctions at Sotheby's and Christie's.