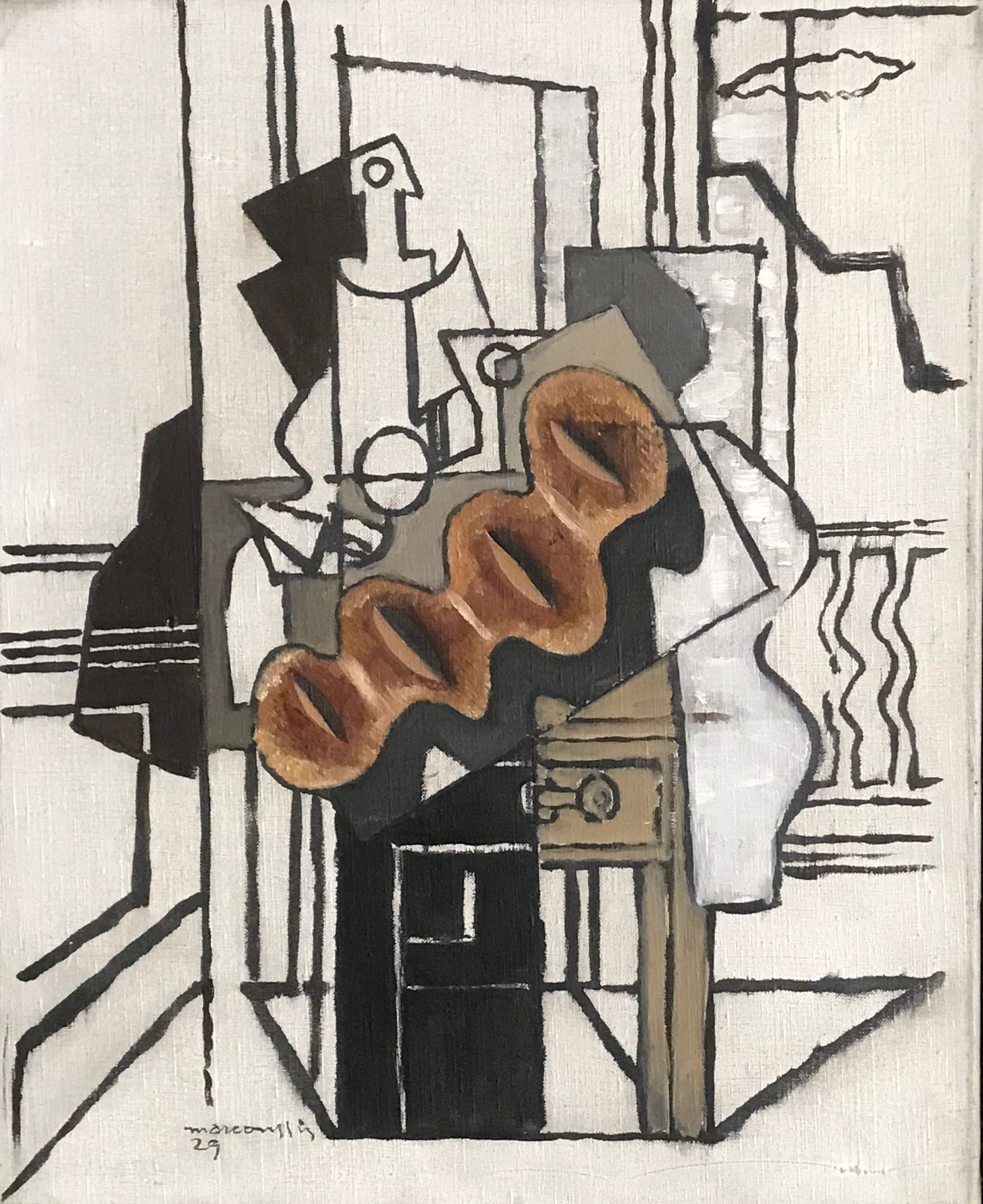 Louis Marcoussis (actually Ludwig Kasimir Ladislas Marcus) was a French graphic artist and painter of Jewish origin from Poland. He can be classified as a cubist.

Marcoussis studied law in Warsaw for a short time before he began studying art at the Academy of Art in Cracow in 1901 under Jan Stanisławski. He came to Paris in 1903, where he was a student of Jules-Joseph Lefebvre at the Académie Julian for a short time. There he developed a friendship with Roger de La Fresnaye and Lotiron. Marcoussis first exhibited at the Salon d'Automne in 1905, at the Salon des Indépendants in 1906 and was committed to Cubism from 1907. He earned his living through illustrations and caricatures for numerous satirical magazines.

In 1906 he met Edgar Degas, in 1910 Georges Braque, Pablo Picasso and Guillaume Apollinaire. He was friends with numerous artists, especially Juan Gris, Fernand Léger, Francis Picabia, Jean Metzinger, Jacques Villon, Marcel Duchamp and Albert Gleizes. After a liaison with Marcelle Humbert (Eva Gouel), who left him to join Picasso, he married Alice Halicka, a French painter born in Poland, in 1913. From 1914 to 1919 he did military service in the French army.

In the twenties he travelled, among other places, to the USA. In 1933 he took over a professorship for printmaking at the Académie Schlaefer in Paris. When war broke out in 1940 he had to flee from the German troops to Cusset (near Vichy), where he died in October of the following year.