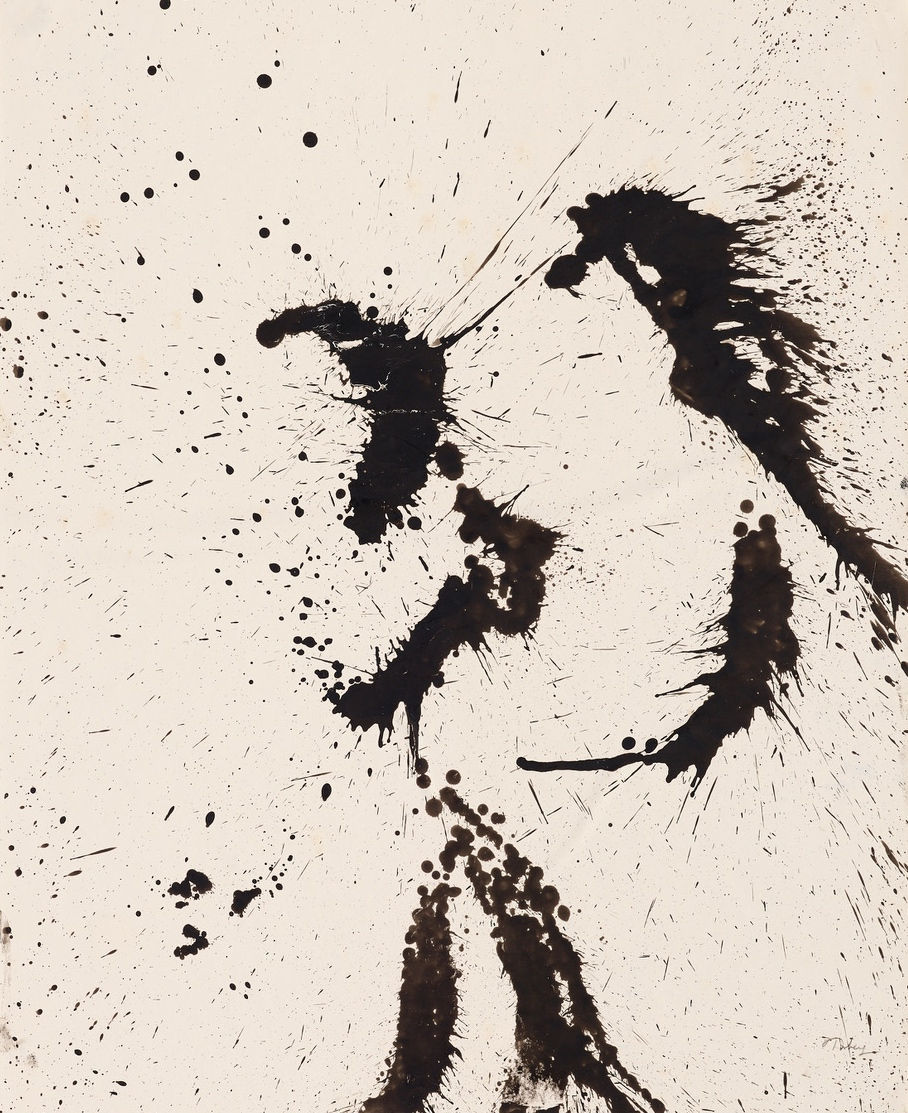 Mark Tobey moved from Trempealeau, where he had spent his childhood, to the Chicago area in 1906. In Chicago he attended courses at the Art Institute and worked as an industrial designer in an iron and steel mill. In 1911 he moved to New York City, where he did portrait painting and worked as a fashion designer for Vogue and other magazines. In 1918 he adopted the Bahai religion.

In 1922 he moved to Seattle and was a teacher at the Cornish College of the Arts. The Chinese artist Teng Kwei introduced him to the techniques of Chinese painting. Afterwards he stayed in Paris and travelled extensively in the Near East.

1934 he made a trip to China and then to Japan, where he stayed for several months in a Zen monastery. He returned to Seattle in 1939. Through a solo exhibition with the White Writing Paintings at the Willard Gallery in New York, he became a well-known artist in America.

With the International Prize for Painting at the Venice Biennale in 1958 he also gained a high international reputation and subsequently took part in the documenta II and documenta III in Kassel.

After the Swiss Gallery Beyeler had purchased 40 of his works, he settled in Basel with his friend Pehr Hallsten in 1960. Mark Tobey was one of the many artists who belonged to the circle of the art collector and patron Theodor Ahrenberg. From 1956 he was an elected member of the American Academy of Arts and Letters.

In 1972 Mark Tobey was elected associate member (ANA) of the National Academy of Design in New York.