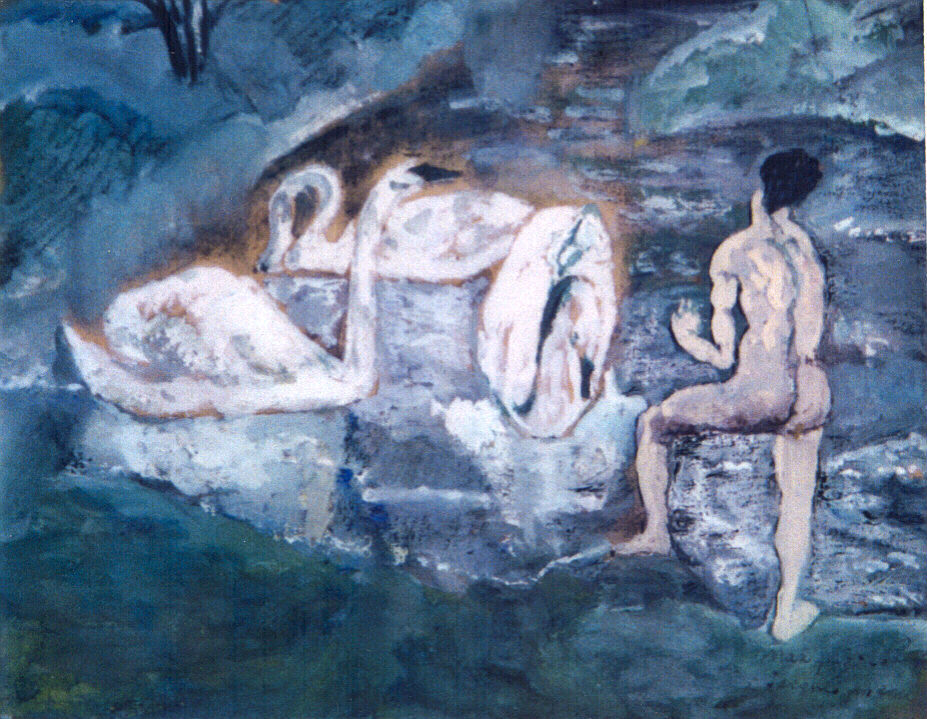 Max Jacob was a French poet, painter and writer.

He spent his youth in the West French town of Quimper. In Jacob's fictional autobiography, the section of his novel Saint Matorel planned as a foreword, he describes himself as having been born "on the border of Brittany" and having spent "five years as a sailor" at sea.

After that Jacob settled in Paris and decided in 1897 for an artistic career. He frequently visited Montmartre, lived in the Montparnasse quarter, where he shared a room with Pablo Picasso on Boulevard Voltaire. Through Picasso he met Guillaume Apollinaire, through him he made contact with Jean Cocteau, Christopher Wood and Amedeo Modigliani, who also painted several portraits of him. He was also friends with the later politician and resistance fighter Jean Moulin, who was known at that time under the pseudonym Romanin.

In 1915 Max Jacob converted from Judaism to Catholicism. According to his own statement, a vision moved him to do so: "It was God who came... What beauty! Elegance and mildness! His shoulders, his walk! He wears a yellow silk coat with blue cuffs. He turns and I see this peaceful and radiant face..." Max Jacob's artistic work represents an important link between the Symbolists and the Surrealists, and this is clearly evident, for example, in his prose poems Le cornet à dés (1917) and in his paintings, exhibited in New York City in 1930 and 1938.

After Jacob led a secluded life in the Benedictine monastery in Saint-Benoît-sur-Loire from 1921 to 1928, undertook several journeys and spent a short time in Paris, he returned there in 1936. On February 24, 1944, after attending morning mass, Max Jacob was arrested by the Gestapo and taken to the prison in Orléans. His brother, his sister and her husband had already been deported to Auschwitz and murdered there.

Max Jacob was later taken to the Drancy collection camp, where he died of pneumonia on March 5, 1944. Initially buried in Ivry-sur-Seine, his body was transferred to the cemetery of Saint-Benoît-sur-Loire at the end of the war in 1949 at the instigation of his friends Jean Cassou, Pablo Picasso and René Iché.