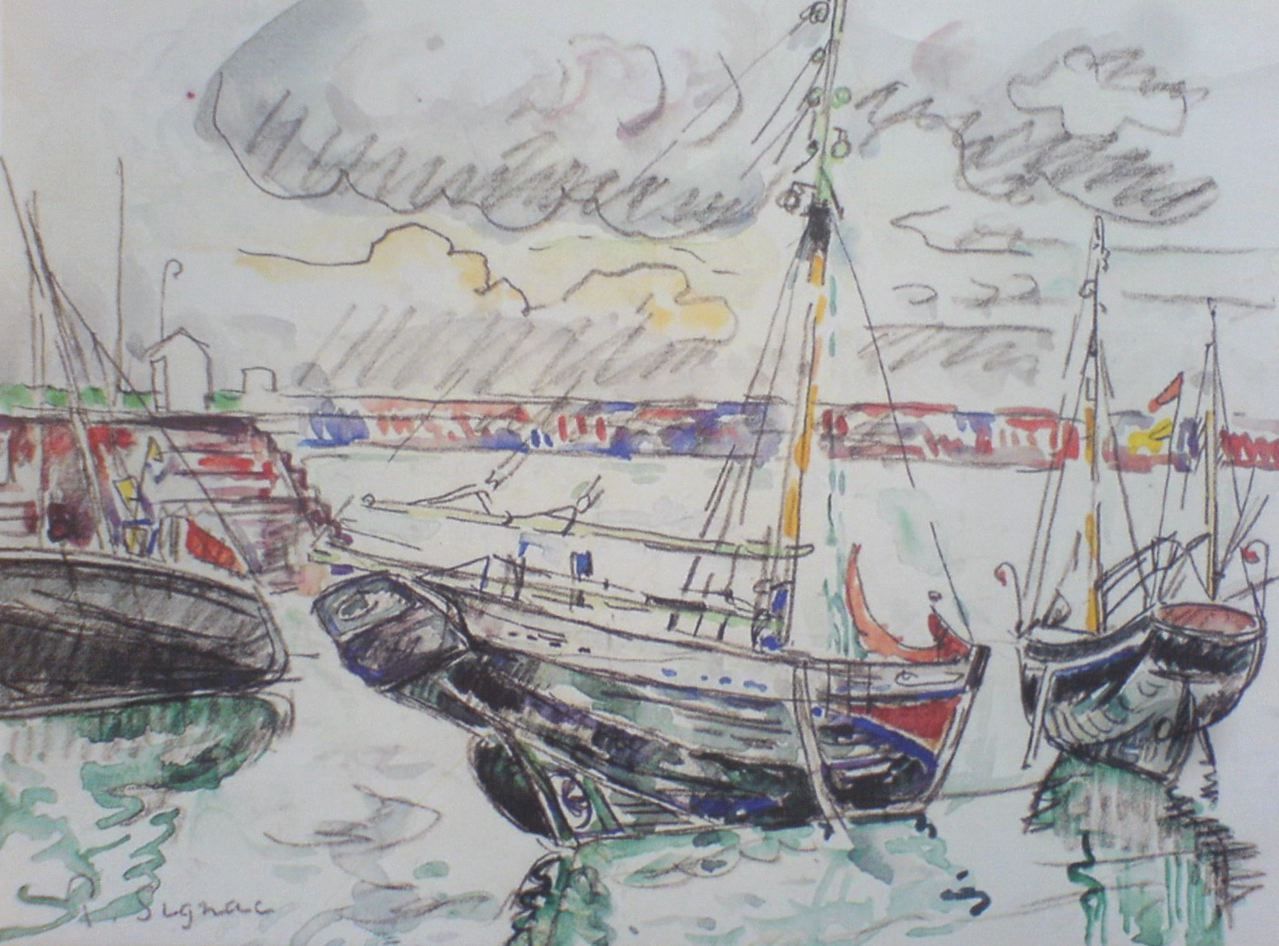 Paul Signac was a French painter and graphic artist and, alongside Georges Seurat, the most important artist of Neo-Impressionism or Pointillism.

As an artist Signac was an autodidact. His artistic role models were initially Claude Monet and the Impressionists. However, he rejected their idea of spontaneous search and advocated a stricter, through-composed style of painting in the spirit of the classics like Eugène Delacroix.

In 1884 he met Georges Seurat and together they developed Divisionist painting. For their painting they made use of new scientific discoveries in color theory and placed pigments of pure color in countless dots abruptly next to each other. In contrast to the Impressionists, they no longer mixed the colour on the palette or on the canvas, but left this to the eye of the beholder. The luminosity of this unmixed, unclouded colour is thus optimally preserved. In the same year Signac founded the Société des Artistes Indépendants together with other artists. In 1885 he and Seurat met Camille Pissarro, who also discovered and adapted this painting technique for himself. In 1886 the three of them exhibited as a group together with Pissarro's son in a separate room at the 8th Salon des Indépendants.

From 1888 Signac was attracted by the ideas of anarchism. He developed a friendship with Jean Grave and published in Les Temps nouveaux. From 1896 he donated some of his works to a raffle in favour of the journal. In 1902 he released some drawings for Guerre-Militarisme (War-Militarism), in which Grave wrote the preface and Maximilien Luce and Théophile Alexandre Steinlen contributed further illustrations. He also published in Le Père Peinard (1894-1899) by Émile Pouget.

Signac's subjects were mainly landscapes in bright, vibrant colours. He was particularly interested in sailing ships and the world of ports. In 1904 Signac travelled to Venice and took with him more than 200 informal small watercolour sketches from his stay. He carefully worked out the studies in Saint-Tropez in the south of France and created eleven oil paintings in the same year.