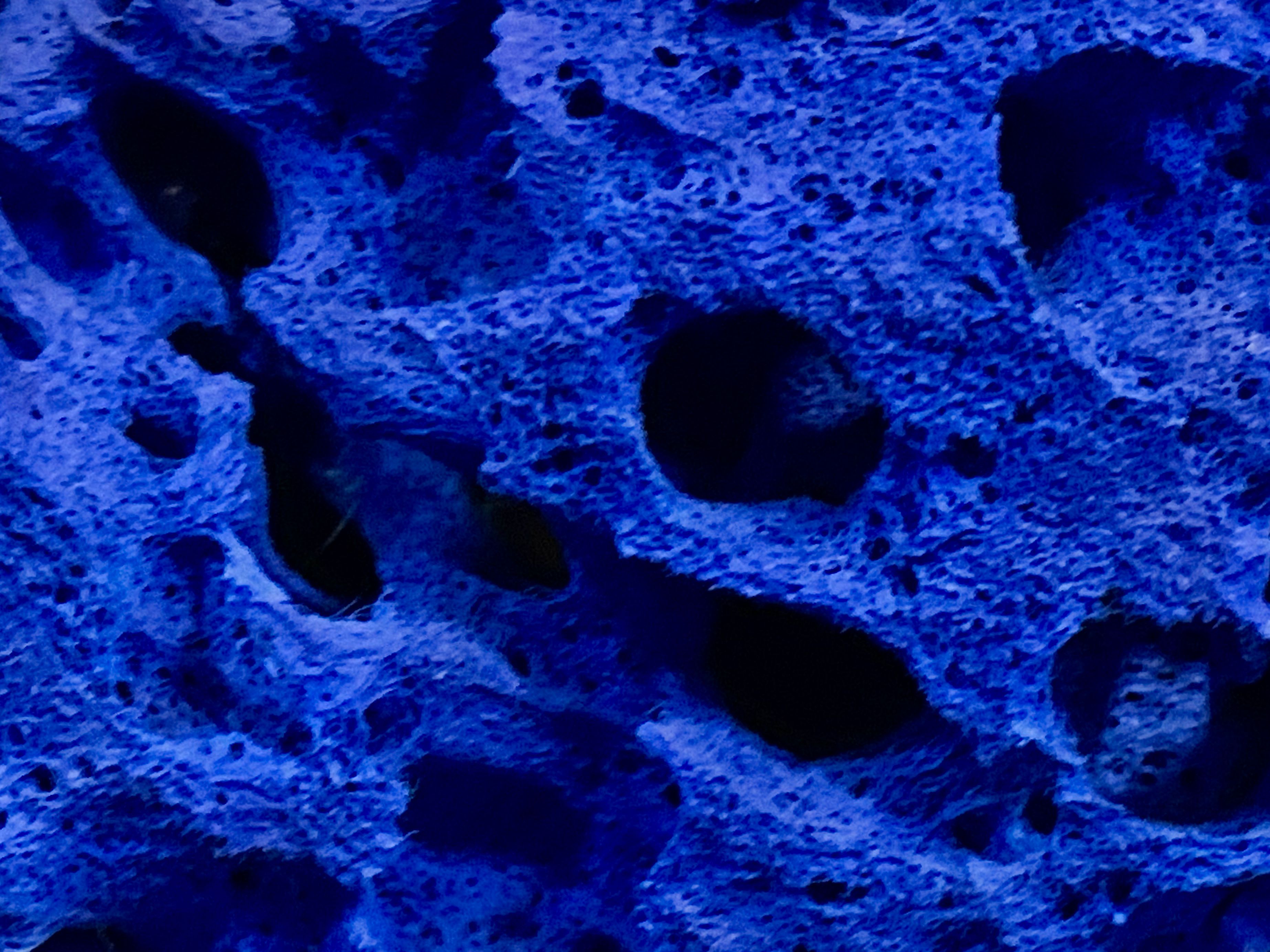 Yves Klein was a French painter, sculptor and performance artist. He was co-founder and leading representative of the Nouveau Réalisme art movement in France.

He is considered an avant-garde artist and a forerunner of Pop Art. He also organized his first performances. Klein wrote essays and made several films. His monochrome pictorial compositions are best known, especially those he created in an ultramarine blue he developed and patented under the name International Klein Blue (IKB, =PB29, =CI 77007), but also in gold and pink. Typical for Klein is a quiet, meditative way of working.

From 1957 Klein developed the anthropometries with models who painted the canvas with their bodies naked and soaked in blue paint. The first major event in this context was the performance Anthropometry of the Blue Era at the Galerie Internationale d'Art Contemporain in Paris in 1960. For this, an orchestra played a piece composed by Klein, the Monotone Symphony, which consisted of only one sound. Klein created his greatest and most important works between 1957 and 1959 in the new building of the Musiktheater im Revier in Gelsenkirchen. In collaboration with the architect Werner Ruhnau and other artists, he developed large wall-high blue reliefs especially for this building, some of which were covered with natural sponges.

He also produced designs for an unrealised theatre forecourt, the "fire-water-air square". For this, he experimented, among other things, with air curtains made of strong air currents, which, like a pane of glass, could keep out rain, for example.

Beginning in 1957, he increasingly dematerialized his art, until in 1958 he presented the whitewashed gallery space he had emptied in the Parisian gallery Iris Clert as an immaterial exhibition of his blue monochromes. The exhibition was entitled Le vide ("The Emptiness"). Thus he became part of the contemporary movement of conceptual art.

Later, he also used sponges painted in blue or pink in assemblages. An example of sponge paintings painted with gold paint is Relief éponge or from 1961, in which he created organic-looking sculptures soaked in blue from sponges and exposed some of his paintings to the forces of nature such as rain, wind and sun (cosmogonies).

Further pictures (fire pictures) were created with a flame-thrower or by body prints on synthetic resin objects, for example F 88 from 1961.